The 2014 Boulder Ballot: A Rundown of Candidates and Ballot Initiatives 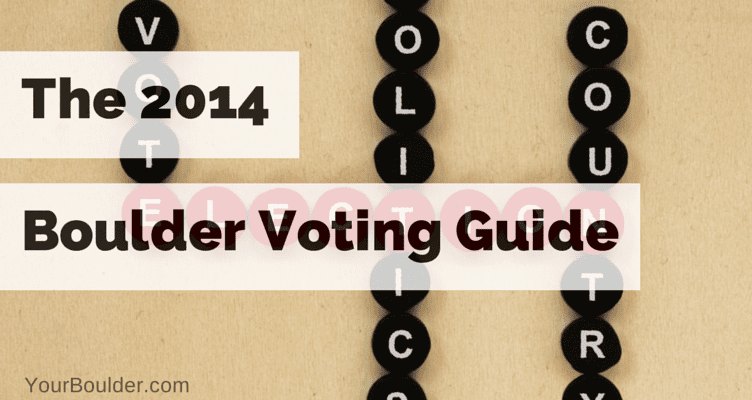 Your Boulder would like to note that any opinions perceived to be represented in this article are those of the author. It is not our intent to influence any voter to do anything except vote, which is why we’re committing to sharing detailed information about the Boulder ballot this election year. Get out. Vote. Rock it, if you’re so compelled. But our town, state, and future are too important to leave in hands other than your own.

November 4th is right around the corner, which means you’re going to have some voting to do! Here’s the rundown on what you’ll see when you open up that ballot, which should be in your mailbox any hot second now, if it’s not already! (What, you didn’t get a ballot? Go here.)

First up, what I would consider the big ones—the super close or important races/questions that everyone is talking about (or should be). But I hope you keep scrolling after them, because cool people vote their whole ballot.

Mark Udall was once considered a shoe-in for reelection until Corey Gardner (current Congressman for Colorado’s 4th District) jumped into the race. Now the two men are neck and neck in one of the most important Senate races in the country–it could very well determine if Republicans take control.

“Hick” is considered a moderate Democrat that has enjoyed pretty high popularity throughout his term, although he has angered some in the left wing for not taking a stance against fracking. Now he is also in a close race against Beauprez, a former Congressman and Gubernatorial candidate back in 2006.

Paul Noel Fiorino (U) No website, but here’s a profile video from 9 News

This amendment was sponsored by Personhood USA, who tried to pass “personhood” amendments in past elections to outlaw abortion in Colorado. This time the language is very different and some say confusing. The wording on the ballot will be:

“Shall there be an amendment to the Colorado constitution protecting pregnant women and unborn children by defining “person” and “child” in the Colorado criminal code and the Colorado wrongful death act to include unborn human beings.”

The Yes on 67 campaign says this is about being able to criminally prosecute people who end a woman’s pregnancy, such as in a drunk driving crash, with homicide charges. The No on 67 campaign claims the language is intentionally misleading and vague (with no definition of “unborn human being”). They say that the amendment would not only ban all abortion, even in cases of rape or incest, but could also restrict access to emergency contraception and commonly used forms of birth control, including the Pill and IUDs. So be sure to read up on this one before deciding how to vote.

OK, now that you know about the big ones, here are the rest.

Disclaimers: Races with no challenger are not listed, because they’ve got it made. Many ballot measures only have an organized campaign on one side of the issue—if they have a website, it’s listed. You can turn to Google to find letters to the editor, etc. exploring both sides. We’ll also hook you up with a list of voter guides at the end so you can go explore their opinions.

Secretary of State (in charge of the state’s Elections and Business Divisions, among others)

And now on to the amendments, propositions and issues, OH MY!

This would amend the Colorado Constitution to allow expanded gaming at horse racetracks in Arapahoe, Mesa, and Pueblo counties. Currently the only racetrack in any of these counties is in Arapahoe. The additional tax money from the racetrack would go to K-12 education.

This proposition would require all school boards to have their collective bargaining negotiation meetings open to the public. (Some do this now by choice, but not all.)

This proposition would require that food manufacturers label food that has been genetically modified “Produced with Genetic Engineering” starting on July 1, 2016. The requirement would not apply to food from animals (meat and dairy) and food for immediate consumption.

If passed would increase the sales and use tax 0.185 percent (about $.02 for every $10 spent) to help close the gap between the estimated costs to the county’s infrastructure from the 2013 flood and the federal reimbursement. The tax increase would sunset in five years.

If passed would extend a mill levy that is used to support housing and human service programs in Boulder County. The levy is approximately $7 per $100,000 in value and would be extended 15 years.

YES on 1B Campaign

If passed would increase City of Boulder sales tax by $.03 for three years to raise funds for improvements to areas around the city. What areas? Here you go:

YES on 2A campaign

If passed would allow City Council to meet in executive session exclusively for the purpose of obtaining and discussing legal advice, including negotiation strategy, with respect to Boulder’s electric utility.

If passed would authorize the City of Boulder to provide high-speed internet services, telecommunications services, and/or cable television services to residents, businesses, schools, libraries, and other users, either directly or indirectly with public or private sector partners.

This bond would raise half a billion dollars to make infrastructure improvements and repairs to every school in the school district, as described in the district’s educational facilities master plan, at a cost of $47 per year for every $100,000 of value.

YES on 3A campaign

And now to the VOTER GUIDES!

Boulder County Republican Party (not really a voter guide, but it lists their candidates)

NextGen Climate “By the States”

Now get clicking…and voting! Ballots must be turned in my 7 PM sharp on November 4th. Postmarks don’t count! 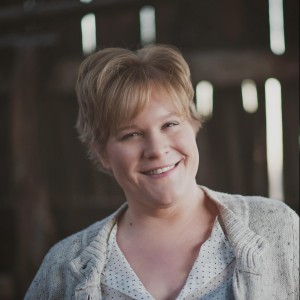 Jamie Harkins is a civics junky who spends her days working on environmental issues, and by night serves on the Boards of Directors of several nonprofits that are all about getting you to stretch your democracy muscles. She's a (proud) policy wonk that can be found out and about loving everything Boulder has to offer...that is when she's not watching the video feed from the state legislature or City Council (not joking). Follow her over on Twitter @JamieHarkins.

Jamie Harkins is a civics junky who spends her days working on environmental issues, and by night serves on the Boards of Directors of several nonprofits that are all about getting you to stretch your democracy muscles. She's a (proud) policy wonk that can be found out and about loving everything Boulder has to offer...that is when she's not watching the video feed from the state legislature or City Council (not joking). Follow her over on Twitter @JamieHarkins.