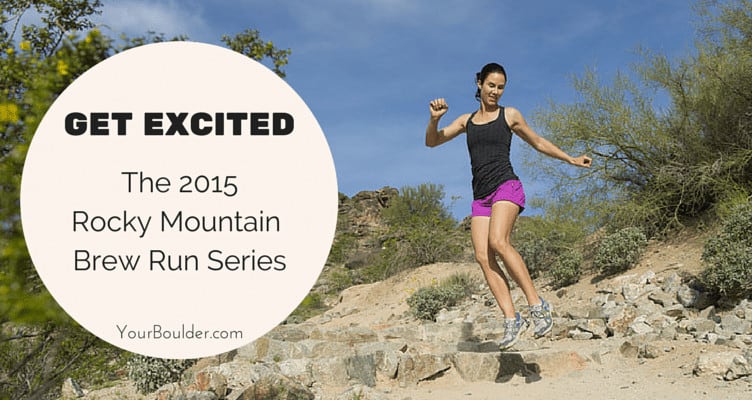 The mixing of the business of running and the pleasure of a tasty microbrewery beer is at the heart of Rocky Mountain Brew Runs, an organization that encourages this intermingling throughout the spring and summer seasons with a series of 5k runs that take place at multiple craft breweries throughout Colorado, including multiple events in the Boulder area. Kicking off the 2015 Rocky Mountain Brew Run series is a 5k at Oskar Blues Brewery in Longmont on Saturday, April 18th, an event that is sure to combine the excitement of competition with the originality, hilarity, and party attitude that is typical of a Rocky Mountain Brew Runs event.

Encouraging an easygoing and “fun run” attitude in their events, Rocky Mountain Brew Runs offers runners and avid beer enthusiasts the chance to both run and sip their way across multiple Colorado breweries during their annual brew run series. From Denver to Colorado Springs to Monument, Aurora, Broomfield, Boulder, and even more locations in between, this race series exposes participants to different Colorado locales and breweries with an emphasis on social interaction and friendly competition. Known for their post-race parties, which often include food trucks, live music, and famous “Beer Olympic” games, Rocky Mountain Brew Runs partners with Colorado breweries to provide free beer to runners and walkers of all speeds as well as signature pint glasses and additional memorabilia to encourage participants to engage with and get excited about their events.

The first brew run of the season, the Oskar Blues Brewery 5k on Saturday, April 18th, promises to kick off the 2015 series with just this kind of excitement and swagger. Oskar Blues Brewery originally opened in 1997 in Lyons, Colorado, as a brewpub, beginning to brew their own beer in the basement of their restaurant just one year later. After creating multiple award-winning beers, becoming the first craft brewery in the United States to can its own beer, gaining national recognition, and moving to an expansive new brewing facility in Longmont, Oskar Blues is the creator of well-known beers such as Dale’s Pale Ale and Mama’s Little Yella Pils. The Longmont facility’s Tasty Weasel Tap Room opened in 2009, and it’s at this very tap room that the 5k on April 18th will begin.

The course features views of the Rockies and Longs Peak and, while the race will be timed and is a qualifier for the top tiers of the renowned Bolder Boulder event in May, it remains an event where all levels of runners are encouraged to participate. Packet pick-up for the race begins at 9:00 A.M. on April 18th, the race itself begins at 10:00 A.M., and the after-party commences at 10:30 A.M. complete with food trucks, music, and the general revelry one would expect from Coloradans enjoying two of their favorite past times.

Rocky Mountain Brew Runs likewise partners with Epic Experience for each of their events, a charity organization that puts together outdoor adventures and retreats for people battling cancer, and entry fees for five registration spots during each race will solely benefit Epic Experience. Oskar Blues Brewery also boasts the Can’d Aid Foundation, which raises money to support Colorado flood recovery efforts along with other local organizations, so participants in the April 18th run are encouraged to donate to each of these great causes by participating in this event.