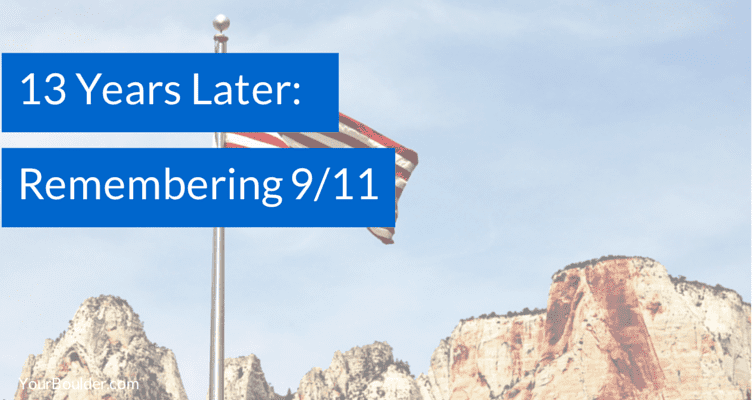 I’ll admit that I was beyond disheartened when I stopped by the home page of The Daily Camera this morning and there was nothing to be found regarding 9/11. An editorial choice, I suppose — every outlet has to make them. But what does that tell us about our memories and how soon we forget a day in our nation’s history that changed lives, behaviors, policies, and hearts across the board? Maybe I logged in too early (I’m up with the birds and the worms), but all I see are stories about the floods (understandable), a watch made by Apple (seriously?), and ads bigger than the actual news coverage itself.

So — since The Daily Camera home page is missing 9/11 today (hopefully, I’m just too early to have caught it), I thought I’d ask a question: Where were you when you heard?

In a life filled with gadgets and gizmos, sales to encourage us to buy more, more, more, and a machine attached to our televisions that lets us skip commercials and binge-watch most anything of our choosing — none of that is memorable.

We remember feelings. And that’s why I ask — where were you when you heard the news 13 years ago?

At the time, I was a personal trainer living in San Diego. My apartment was at the end of one of the airport runways in a little neighborhood called Baker’s Hill. Every morning, I woke up at the early dawn hours because the planes started landing again at the San Diego airport. Well, not on 9/11/11. I woke up around 6-something when my phone rang. It was my mom, freaking out and asking if my (then) husband was going to be okay because he was in the Navy and did we have arrangements if he were going to be deployed.

She told me to turn on the TV. I did.

And that’s where I was, in the middle of a teeny tiny living room in an apartment at the end of an airport runway in San Diego, California. I was holding a phone in one hand and staring, jaw open, eyes wide at a television I rarely turned on. That, I will never forget.

With each of the past 13 years that have gone by, I’ve met more and more people directly affected by the tragedy of 9/11. A client of mine in Denver was there in Manhattan that day and dove underneath a delivery van to avoid a tidal wave of — whatever — rolling down the city streets. Others lost family members. I worked with financial advisors in Las Vegas who had more colleagues and friends they could count obliterated at firms like Cantor Fitzgerald — and my colleagues were the lucky few who commuted in from outside the city and hadn’t yet arrived that day.

So today, maybe a moment to remember where you were. Remember that we live in an uncertain world, one that might be better with less infighting in our political systems and more participation by the people their laws affect. That here in Boulder, we do try to remember the meaning of the word “neighbor” and while we might be the source for an endless stream of jokes about our hippie-dippy lifestyles, we are a community. And while here, in this bubble, we as a community refuse to forget those the world over whose lives were immediately changed, if not ended, when our nation came under attack.

And today, thank a police officer. A firefighter. A paramedic, physician, nursery school teacher, and clerk at the checkout at Whole Foods. Because on that day 13 years ago, it was people like them — and just like us — that did extraordinary things for people they didn’t know and in many cases, wouldn’t ever be able to thank them.