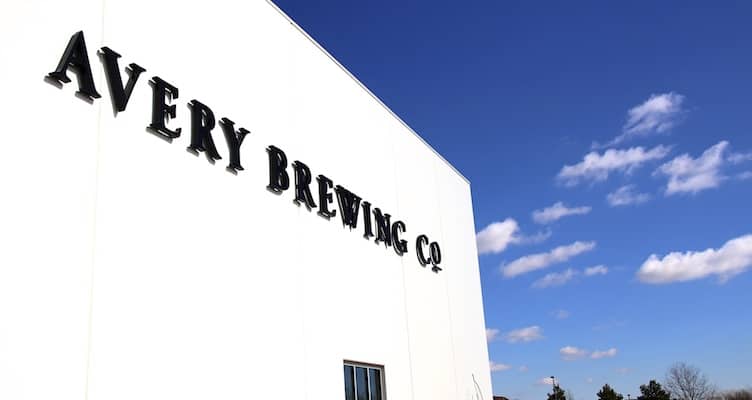 On February 9, 2015, Avery Brewing Company threw one last party at 5763 Arapahoe Ave., Unit E—the brewery’s home since their inception in 1993. But Avery isn’t closed for business. In fact, this craft beer landmark in Boulder is just getting started. For more than four years, Adam Avery and his crew have been scheming, and dreaming, and waiting, and planning for the day that they would officially open the doors and welcome fans of Avery, and craft beer, into a much larger, more efficient brewery. And when 3 o’clock rolls around on Monday afternoon, that long wait will finally come to an end. For more than two decades, Avery has steadily expanded to a mid-size brewery that has garnered quite a name in Colorado and beyond with their ambitious barrel-aging program and mastery of Belgian-style beers. Over the years, Avery has completely outgrown their original location. With plenty of demand, but no room to expand, it’s not surprising that the brewery sought out a larger, local space with room to design and see-through on the owner/founder’s big dreams.

While Avery’s old location spanned a respectable 20,000 square feet, the new location measures in at a whopping 67,000 square feet with additional exterior space to grow up to 95,000 square feet—additional square footage that the brewery already has plans to take advantage of in the near future. What was once a two vessel system and a 40 barrel brewhouse is now a four vessel system and an 85 barrel brewhouse. Four shiny, new 720 barrel fermenters rise above the brewery’s western facade, pulling doubly-duty as Avery’s unofficial welcome sign. The only thing not shiny in this dream brewery is the mill room, which is littered with discarded bits of grain. Avery’s new mill squeezes the grain instead of cracking it, creating near-perfect husk-conservation and a better end-product.

The brewery has also heavily invested in their lab, an often forgotten but extremely important part of any brewery operation. In the past, Avery lab employees have overseen the quality of the beer and executed extensive sensory panels inside of the walls of a 120 square foot room. But in the new digs, the lab is nearly six times the size of the old space and borders a smaller room solely dedicated to sensory training. Avery’s yeast room has doubled in size. The loading docks are easily accessible to multiple trucks picking up shipments at the same time. And a dedicated room has been created for the brewery’s much-loved barrel-aging program. 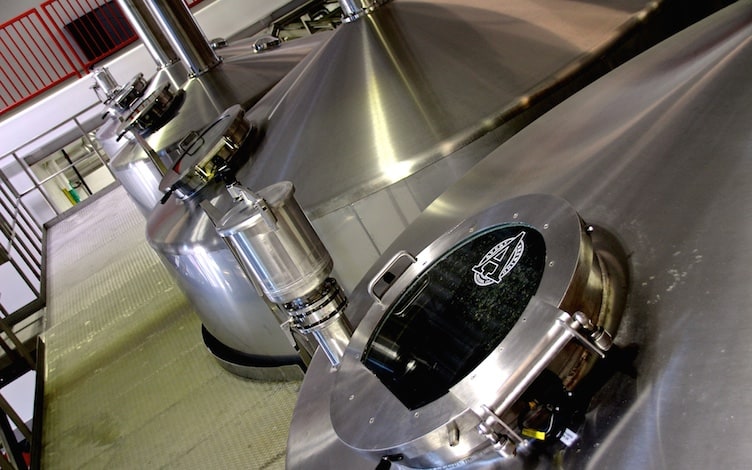 It seems like just yesterday that Avery only had a couple hundred oak barrels of aging beer lining the walls of their brewery. With more space and additional off-site storage in the area, Avery expects to grow their barrel-aging program to 3000 barrels by the end of 2015. The microbrewery will also be releasing the first packaged barrel-aged beer in a three-beer “Botanicals and Barrels Series”in late spring. Keep an eye out for the Raspberry Sour, a sour ale with raspberries aged in oak barrels to make an appearance in 22 oz. bombers by the end of April. The Raspberry Sour will be followed by a vanilla bean stout aged in a bourbon barrel and a coconut porter aged in a bourbon barrel—both served in 22 oz. bombers and expected to hit national markets this year. Avery Brewing Co. has additional plans to launch their popular tap room exclusive beer Liliko Keplo witbier-style brew in 4-packs of cans into the market by the end of spring. With a handful of new beer launches this year, more space, and more efficient equipment, Avery is looking to increase their production from 47,846 barrels in 2013, and 49,892 barrels in 2014, to 68,000 barrels in 2015. In 2014, Avery’s revenue was $17.8 million dollars, but with the new brewery, a new tap room, restaurant, and patio that seat up to 235 people, and more space for Avery’s iconic annual beer events, the brewery is projecting $25.6 million in revenue in 2015. Check out Avery’s new digs for yourself on Monday, February 16th from 3-11 p.m. at the brewery’s grand opening of their new location at 4910 Nautilus Court.