Block on Bloc: Celebrate the Newest Comrades on the Eastern Bloc 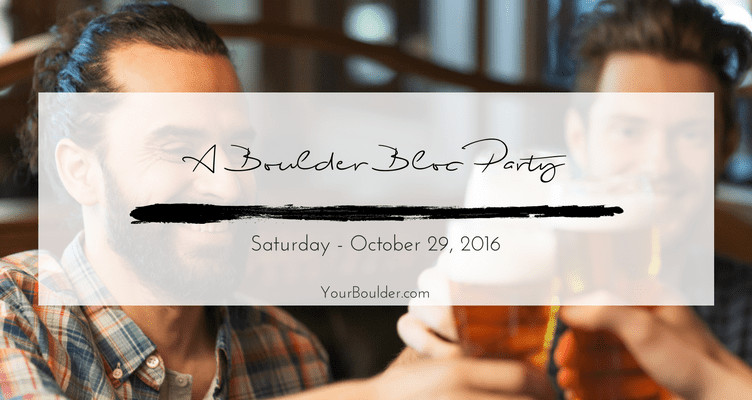 Sure, there were houses, but any businesses that existed were remnants of a bygone era and the Boulder Community Hospital wasn’t even a glimmer in the city planner’s eye.

It’s those sorts of memories that make me really happy to see East Boulder turning into a really interesting community of its own. Sure, it’s more residential than other areas of Boulder, but now there are great places for breakfast, lunch, and dinner and drinks all within relatively close proximity.

I’m sure I’m not the only one who feels excited about this community’s expansion. In fact, I know I’m not, because there are several businesses in East Boulder so invested in the growth of the community, they’ve formed what they call the Eastern Bloc.

The Eastern Bloc consists of three businesses share an alley as well as a likeminded belief in quality, community, and collaboration. Thus, they decided to create a coalition of craft.

Colorado’s only riced-based vodka distillery that takes great pride in honing their craft vodka. In fact, each batch is distilled no fewer than 15 times before it’s considered “customer ready.” The result is one tasty cocktail. Trust me, I’ve had a couple of their drinks and they are delicious.

This brewery has the bragging rights of being the smallest brewery (technically it’s a nano brewery) in Boulder. But just because they’re small on production does not mean they’re small on selection. The brewery boasts a pretty well rounded selection of beer for its size!

I won’t lie to you. I have never had kombucha. I know, I should have my Boulderite card shredded to pieces and thrown into a recycling bin, but I’ve just never really had the opportunity arise to give it a try. That being said, this place is chalking up rave reviews from Kombucha drinkers and brewers alike.

To celebrate their newfound camaraderie, the trio will be throwing their first Eastern Bloc Block Party on Saturday, October 29 from 4 p.m. to 2 a.m. Of course, this close to Halloween, costumes are highly encouraged!

Each business is offering a seasonal release:

With music all night from such local acts as The Last Minute Blues Band, Kronen, and Emmanuel Dali and food provided by the French Twist food truck, this celebration is sure to be a Halloween hoot!