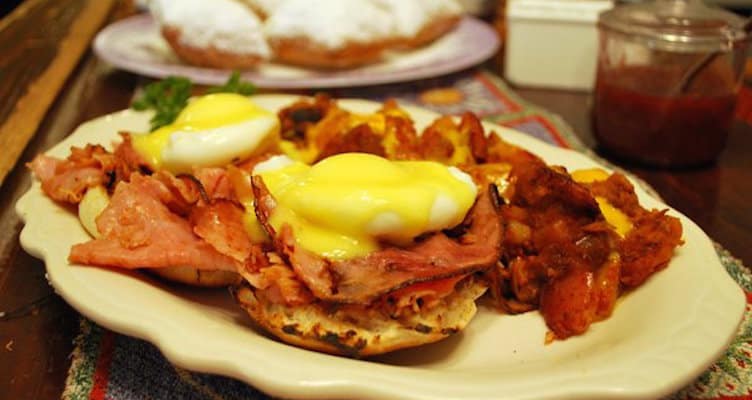 When I think about breakfast in Boulder, I think of a runner munching on a protein bar as he or she laces up their shoes, egg whites with spinach, something inevitably involving kale, and, of course, I think of granola. Yes, Boulder is all about health, but it’s also all about eating. What I’d argue Boulder is all about most of all is keeping people guessing, and Lucile’s Creole Café has been serving up the Boulder breakfast scene with things it most certainly was not expecting since it first opened 35 years ago.

In 1980, the city of Boulder had never seen a Creole-themed breakfast and lunch restaurant. Neither, in fact, had the state of Colorado. Lucile’s opened as the first of its kind in the state in 1980 with a flagship location in Boulder. Lucile’s aspired to not only provide the region with a new style of brunch, but to also offer a friendly, cozy, unique atmosphere for families to dine in while simultaneously serving up nationally recognized breakfast and lunch items. In a little yellow Victorian-style house on 14th Street between Pine and Spruce, Lucile’s began to grow and took off with a Southern Louisiana-style Chicory coffee in one hand and a piled-high-with-powdered-sugar beignet in the other.

From personal experience I can say that I had no idea what to expect when first going to Lucile’s for brunch, having no notion of what a Creole-style brunch consisted of. What I found were the most ridiculously delectable iterations of a donut I could imagine (that being one of Lucile’s beignets,) homemade jam, eggs over eggplant, hollandaise sauce, and my first experience with nice, cheesy grits. There are buttermilk biscuits, there are pecan batter waffles, there is praline syrup, and there is andouille sausage. There is a distinct Louisiana flair with dishes like the Pain Perdu (New Orleans-style French toast) and options for sides like home-cooked ham and pan-fried trout. Need I say more about the food?

While Lucile’s has opened additional locations over the years in Denver, Fort Collins, Longmont, and Littleton, the roots of the original establishment in Boulder are strong. In the past ten years, Lucile’s has purchased an organic farm in Niwot called Rich Organics Farm, embracing the farm-to-table mentality of so many Boulder eateries and including the freshest of their produce in their dishes. With tea options from the local Celestial Seasonings, the menu at Lucile’s in Boulder also includes an exclusive Boulder dish, the Totally Organic Breakfast, which consists of eggs, spinach, tofu, ginger, and general healthiness to Boulderites’ heart’s desires. And yes, for those in Boulder who do crave a morning granola fix, Lucile’s offers Lucy’s Granola, oven-roasted with honey and topped with fresh fruit. Whatever you do, though, absolutely do not leave without trying a beignet (hint: smother it with jam or dip it in your coffee!)

What also makes Lucile’s restaurants unique is the overall emphasis on a family atmosphere. From the Mardi Gras beads, artwork, and memorabilia on the walls to the jazz and Cajun music reverberating throughout the restaurant, Lucile’s creates a breakfast, brunch, or lunch atmosphere like no other. Having converted the original 14th Street house into the restaurant it is today, Lucile’s in Boulder is especially homey and cozy.

For times when you loved your experience at Lucile’s so much, or if perhaps you have not yet had the chance to visit (yes, this restaurant gets very crowded very quickly!) Lucile’s likewise has an online store where you can buy Lucile’s memorabilia and food and beverage products, from mugs featuring a picture of Lucile’s signature yellow house to jam to bloody mary mix to gift baskets, giving patrons the opportunity to take a bit of that characteristic Creole-themed flavor home with them.