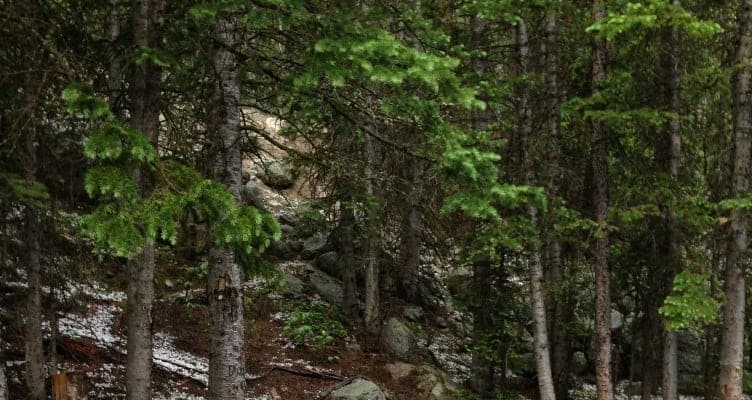 Now that all the hullaballoo about Memorial Day in Boulder has simmered down, we can focus on the important stuff, and that is that it is camping season up in this mountain range!

Every summer, I swear that I’m going to make it up camping at least once a month and then August rolls around and the closest I’ve made it to a tent is the fort I helped my nieces build in the backyard. But this year is going to be different because I’m putting together a list of camping areas that are close enough for me to throw camping gear in my car and be setting up camp within an hour or so.

Since I’m such a nice person, I’m putting that list here and sharing it with you just in case you’re also looking for around-Boulder camping that won’t require the assignment of the term “road trip” before you reach your destination.

Just outside Nederland in an area called “Five Points,” lies the Caribou Townsite, which, unlike its name might suggest, is less of a town and more like a cluster of 11 numbered campsites. The sites are nicely dispersed and, while Caribou 505 is closed until the summer months, this is a great place to go for a quick jaunt out of town.

I like to pretend that the name of this area comes from a popular radio show in the 1940s that featured Detective Gordon Gulch solving mysteries in the Rocky Mountain region. In truth, I have no idea why it’s named that, but it’s very pretty and just outside of Ned as well. Though, due to its location, it can have snow and mud all year round, so consider yourself warned.

If you want to cram as many outdoor activities as you can into one weekend of camping, then get over to West Magnolia, just off the Peak-to-Peak Highway. The West Magnolia trailhead offers access to eight miles of singletrack for hiking, biking and horseback riding. Want to go motorized? An additional eight miles of interconnected trails headed towards Rollinsville allows for both motorized and non-motorized biking.

About 15 miles outside of Boulder, on the western shores of Gross Reservoir, Winiger Ridge is a great place for casual camping. It gets heavy use in the summer. However, before you head out, they recommend making sure that the roads are open due to the some of the flooding last year.

I have saved my secret stash for last. If I tell you about this, you have to promise to be responsible so that they don’t stop letting people camp on the side of the road here. Yes, there’s a campsite with 18 sites for $13 a night. No, that’s not where you should camp.

Instead, start scoping out the driver’s side window down the embankment about one to two miles before the campsite. I guarantee that you will find incredible spots with space for at least three, if not more, tents in one area. This is that one magical spot I make it to every year no matter what. Use this information wisely.

Now that you know where to find nearby Boulder camping, be sure to check and be certain that the campground is open before you hightail it out of town. These places all have varying opening times and you don’t want to be the person that drags all your friends to an area that’s still closed for the season.

Sign up for our FREE weekly email with Boulder’s best events, concerts, happy hour deals, comedy shows and more. Delivered to your inbox every Friday!
PrevPreviousBolder Boulder LGBTQ Controversy: Removing Sissies from the Slogan
NextShould You Touch a Baby Bird or Other Wild Child Varieties? [Infographic]Next