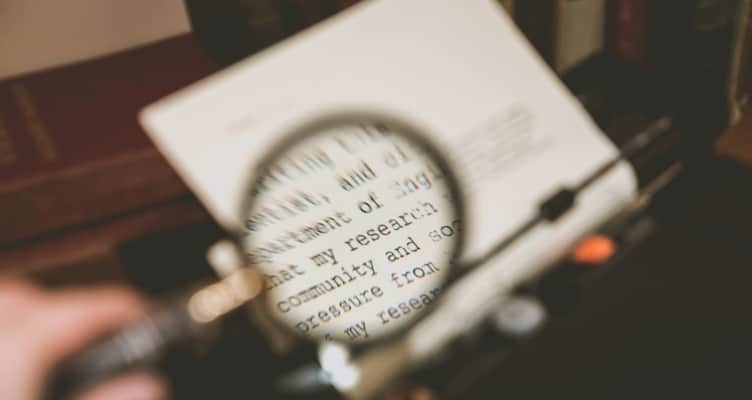 Are you a natural Nancy Drew or one of the Hardy Boys? Had dreams of solving crimes and delivering pun-filled one-liners after making a key discovery in a case? Perhaps you’re a casual crossword crusher? If you enjoy a good puzzle, riddle, or problem just waiting to be solved, spend your next weekend afternoon or night out at the unique Enigma Escape Rooms here in Boulder for both a thrill and a mental challenge.

An escape room, also known as a puzzle room, is an interactive game in which you and your team of players is locked in a room and tasked with solving a scenario by correctly figuring out a series of smaller riddles placed throughout the room within a set time limit. No, this is not a horror experience or a haunted house, but is instead an immersive adventure game that tests your wit and problem-solving skills while physically dropping you into a fun and fictional narrative.

Escape rooms have grown immensely in popularity in recent years, so much so that there are Escape Room Directories to find new and exciting escape room scenarios no matter where you are. Having expanded especially in big cities nationwide and here in Colorado along the Front Range, escape rooms are activities that allow you to take a break from staring at your computer, your TV, or your phone, and cure that screen fatigue by enjoying an outing that is tangibly immersive and intellectually challenging.

Boulder is in on the sleuthing fun with the Enigma Escape Rooms on Pearl Street. With two choices for scenarios that players can immerse themselves in, Enigma transports players into a real-time scene and situation complete with intricate period-appropriate décor and a level of detail that will make you feel as if you’ve stepped into a Sherlock Holmes story. Not only will the scenarios test your problem-solving skills, but they will also draw on your adventurousness and imagination to see if you can solve the riddle and escape the room. If you’re a problem-solving master, you’re challenged to do it in record-breaking time. 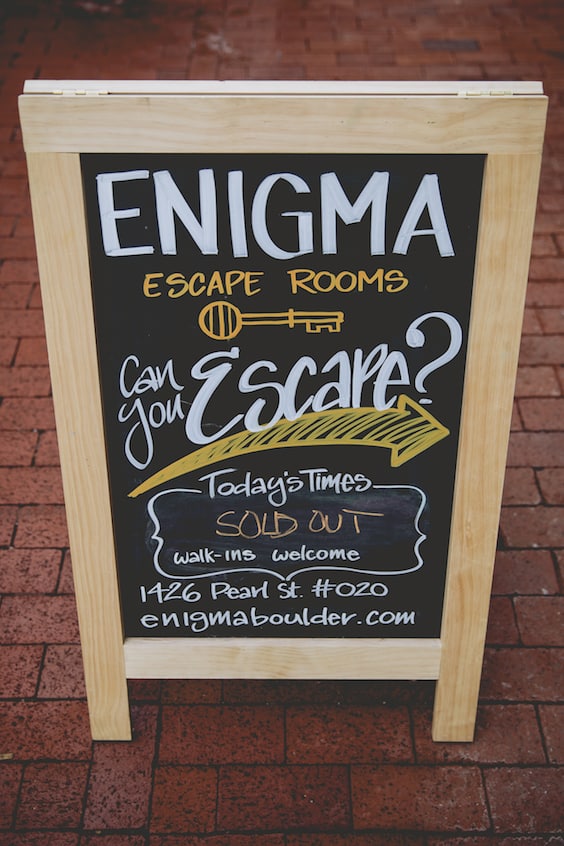 The two Boulder Enigma scenarios are nods to the city’s reputation as an innovative and perhaps sometimes experimental college town. In “The Missing Scientist: Part I,” be transported to the 1950s as you work to find information on a university professor’s dangerous new cutting edge technology before the officials arrive.

“The Missing Scientist: Part II” is a continuation of Part I’s narrative (although players can compete in Part II without having previously participated in Part I) and players work to figure out how that same university professor escaped after having been captured during his first disappearance.

Escape rooms like Boulder’s Enigma cater to a variety of parties and events as well as drop-ins. Whether you’re looking for a unique, competitive date night or to have fun with your family as you work together to solve the room’s puzzle, Enigma consistently proves to be fun, interactive, and challenging. Enigma is also a valuable and fun team-building activity for local businesses, as the challenge of the escape room allows for colleagues to learn about each other’s problem-solving strategies while also encouraging them to work together towards a common goal.

Tickets to participate in an escape room at Enigma are $28 per person, and players must be 12 years of age or older. With options to book private events, make reservations ahead of time, or just walk in, there are plenty of ways you can enjoy and be exhilarated by Enigma.

So get off your couch, brush off your magnifying glass, and get your Sherlock on at the Enigma Escape Rooms in Boulder!