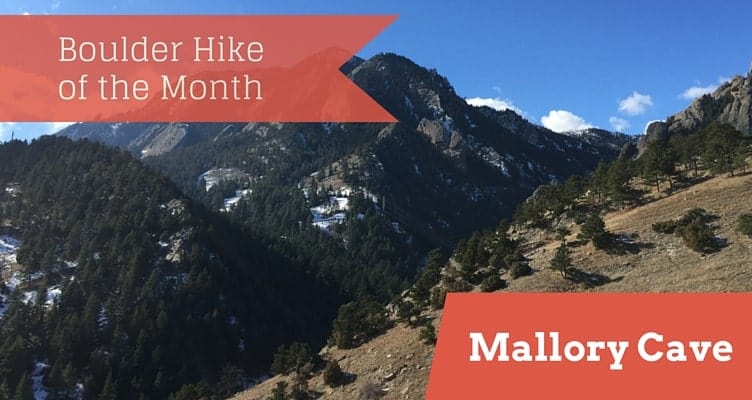 With so many great hikes here in Boulder, sometimes the hardest part is simply choosing one. Well, prepare to kiss that first world problem goodbye. Hiking pro-tip #32: Always choose the hike with a bat cave. Yes, it’s that easy. 145 miles of trails spread out before you with countless possible hikes? Does one of them include a bat cave? Yes? Do that one.

Now that we’ve settled that, let’s get to know our own personal bat cave a little better. Mallory Cave is located west of the National Center for Atmospheric Research on the eastern flank of Dinosaur Mountain (a sub-peak in the Boulder range). It was officially discovered and named by E.C. Mallory in 1932. Mallory was a local adventurer and recent graduate of the State Preparatory school. Word had spread about a cave found by local lumberjacks. Although they were the first to uncover it, the lumberjacks never recorded their discovery. Mallory set out to find it, and his search was not in vain. He kept the cave a secret for several years (wouldn’t you?) before finally revealing it the public.

It should be noted that there is a second bat cave in Boulder called Harmon Cave. But Harmon is not easily accessed, while Mallory has a gorgeous trail ready for the taking.

The out-and-back hike to Mallory Cave is a moderate one. It clocks in at 2.2 miles round trip with 940 feet of elevation gain. The cave is a habitat for threatened Townsend’s Big-Eared Bats and, therefore, highly sensitive. There are only 11 known colonies in Colorado, and two of them are in Boulder’s open space. Please hike the Mallory Cave Trail with respect and in compliance with seasonal closures.

The approach to the cave is an invigorating scramble up a steep sandstone slab. There is a seasonal closure, which includes this approach, from April 1st to October 1st. A buffer around the cave is closed during these months to protect the roosting bats from human disturbance. Not only does human activity disrupt the bat’s roosting behavior, it puts the bats at risk for white-nose syndrome. White-nose syndrome was first discovered in 2006-2007 in New York. Once introduced to a bat population, it can have a 100% mortality rate. 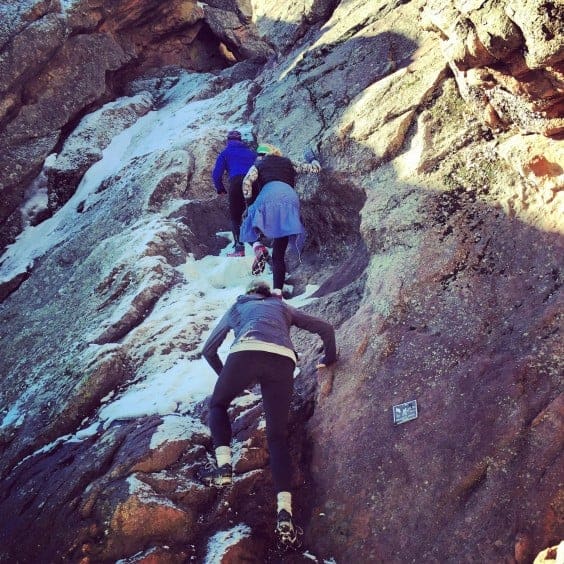 Unfortunately, due to the risk of white-nose syndrome, the cave itself is closed year-round. A special gate was erected at its entrance in 2011 to allow bats to come and go but keep visitors (human and otherwise) at bay. However, when the seasonal closure to the approach is lifted, you can still scramble right up to its entrance. After October 1st, the bats have flown to higher elevations to hibernate and human activity may safely resume in the areas surrounding the cave. 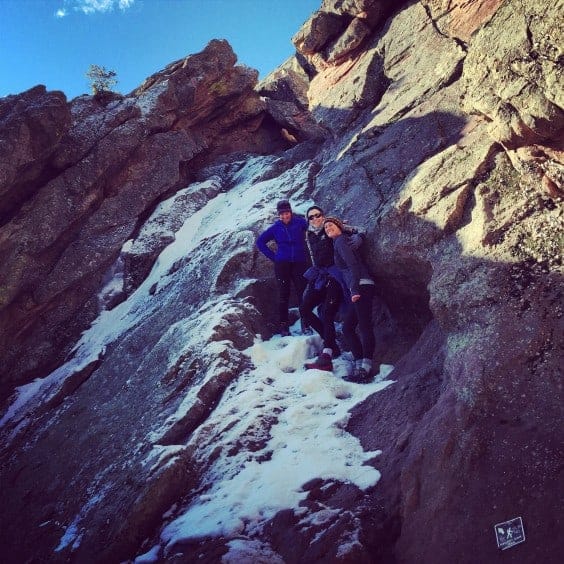 Now that you’re an expert on Mallory Cave and its batty residents, let’s get hiking.

This hike is accessed from the NCAR Trailhead. Head west on Table Mesa and follow the road as it exits town and heads up to the National Center for Atmospheric Research. There is ample parking. The trail begins just west of the parking lot. 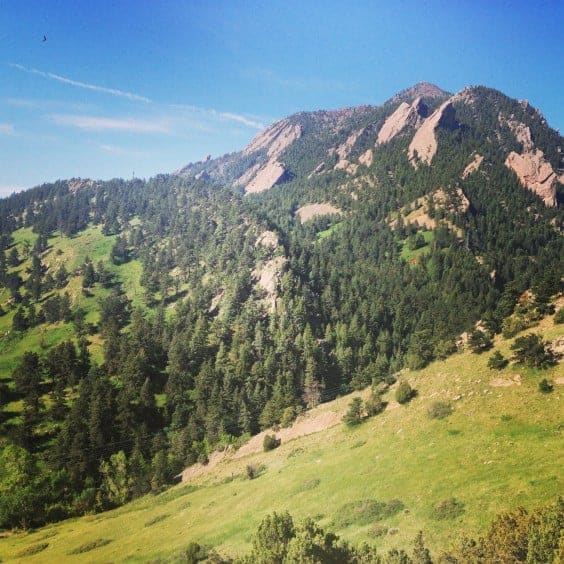 As always, consult OSMP.org for trail conditions and temporary closures. Begin at the accessible Walter Orr Roberts/NCAR Trail. Follow the trail west (enjoy the interpretive signs along the way) to Mesa Trail. You’ll hike through an area rife with geological history (note the different layers and colors of sandstone) and pass a large water tank. You’ll reach a fork where you may head north or south on Mesa. Head south and soon you’ll see the sign for the Mallory Cave Trail on the right. From this point, it’s only a half-mile to the cave.

Stay on the well-marked Mallory trail as it switchbacks up the rocky hillside. Though densely forested, this trail offers unique views and sights that you won’t get anywhere else in the system. At 1.1 miles in, you’ll reach the approach to the cave. The 50-foot scramble is steep but fun. Well-placed notches and a forgiving angle make it nontechnical and passable by most. (Note: If ice and snow are present, that changes everything. Use caution in the winter months.) Once at the top, you’ve arrived and there’s our bat cave.

When you’ve finished posting your bat cave selfies, carefully climb down and return the way you came.

To add a little length and challenge to this hike, begin from Chautauqua Trailhead. Head south on Bluebell Road to Mesa Trail. Continue south on Mesa Trail all the way to the NCAR area. Stay on Mesa until you see the sign for Mallory Cave on the right. Then follow the directions from above. This variation makes for a 5.4 mile round trip hike.