What I Love in Boulder: Jason Mendelson of The Foundry Group 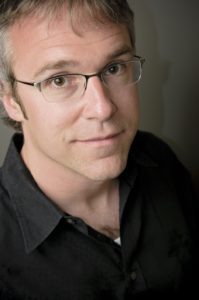 Jason Mendelson moved to Boulder back in 2006 and set out on his adventure as one of the Managing Directors of The Foundry Group — one of Boulder’s most well-known venture capital firms. With a long history in startups and venture capital, he’s quickly woven himself into the community fiber.

He’s an Adjunct Professor at the University of Colorado – Boulder School of Law and works closely with Silicon Flatirons to develop deeper educational and mentorship programs for the area’s emerging and developing entrepreneurs.

When he’s not on the road or attending board meetings for one of Foundry’s many portfolio companies, he’s an avid fan of everything Boulder. He ran his first half marathon in 2011 and topped that by running his first marathon in 2012.

In his spare time, he also managed to release an album with his band Legitimate Front, his music project alongside fellow Foundry Group comrade Ryan McIntyre. Rumor has it that he recently discovered cycling while on a trip to Slovenia, so you might see him on Boulder’s roadways and bikeways!

We sat down with him to get the skinny on what he loves about Boulder and why for this segment of “What I Love About Boulder”.

What are the three things that stand out about living in Boulder versus other cities you’ve lived?

The first has to be that Boulder is the most collaborative place I’ve ever lived. People here seem to truly care about Boulder more than their own interests. This comes across in the startup ecosystem where everyone helps out their fellow startups, as well as a great collaboration between the private sector and the university.

Secondly, Boulder is the most well-rounded place that I’ve ever lived. Everyone has a hobby that they truly love.  It makes people better balanced and frankly, more interesting to speak to, no matter where you meet them. You won’t find a lot of “business mixers” here, but you will find a fair share of meetups designed about people’s passions.

Finally, it’s the most friendly place that I’ve ever lived. Need I say more on that one?

Boulder’s quickly becoming a tech hub. What do you think it is about Boulder that makes some of the fastest growing startups call it home?

It’s a supportive ecosystem and mentorship is the fuel that powers the entrepreneurial community.  The “give before you get” attitude permeates not only the entrepreneurs, but the folks like VCs, lawyers, and and others who are involved in the ecosystem. Boulder also celebrates failure and embraces it, meaning that people can take big chances and not worry about their future reputations. We’ve built a city where great ideas can be born and put into action, and I guess that’s the reason the world is looking at us as a tech hub. Everything you need to launch is here — the question is, will you launch it?

What are your favorite night-out-on-the-town destinations?

When I’m home and not traveling, nothing beats a night in the kitchen at Frasca with Bobby and Lachlin. You can request a special table in the kitchen by contacting the restaurant.  If I’m just headed out for a drink, Bitter Bar has an incredible drink menu and some of the best mixologists in town. And if it’s a more casual evening, rumor has it that I can occasionally be found playing pool at the Sundown Saloon.

What are your favorite casual dining destinations and why?

Reuben’s Burger Bistro has an incredible Belgian beer list and solid food. All of their burgers are named after some sort of cycling theme, which is pretty cool. If I’m in the mood for pizza, Pizzeria Basta and Pizzeria Locale are both tops. They’re incredibly different, but both offer a great night out at a reasonable price. My new favorite, however, is Rincon Argentino.  I’m in awe of their empanadas!

Tangerine, hands down. It’s located at the intersection of 28th and Iris/Diagonal Highway and offers some of the best Benedicts in town. Casual ambiance, mimosas and Bloody Marys if that’s what you’re looking for on a weekend morning.

Your favorite “inside tip” to share with non-Boulder residents?

It’s easy to get intimidated by all of the world-class athletes and super outdoor enthusiasts running around Boulder when you arrive. Don’t be. They’re by and large just as supportive as the tech community here, and regardless of your actual performance. Effort is rewarded highly here in Boulder — just another thing to really love about this city.

Want to keep track of Jason? Here’s how: