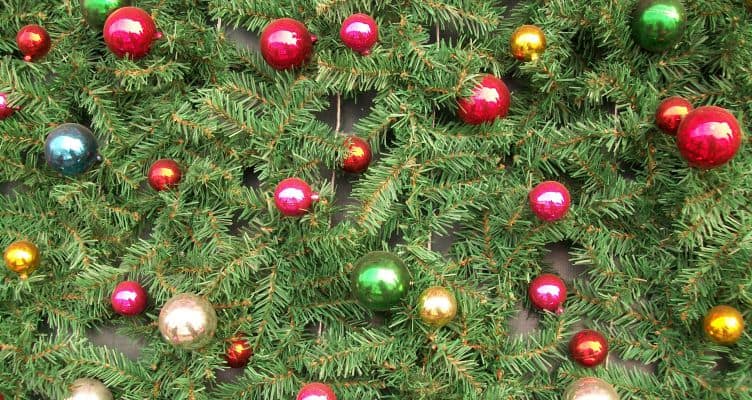 With Christmas just around the corner, I know many of us are filling with anticipation for that one magical day of the year where the family gathers and, by midday, there’s enough shredded wrapping paper on the ground that you’re very nearly wading through it just to get to the kitchen.

Quite a few of my Christmas traditions take place in the morning, but by 2 or 3 in the afternoon, the family has dispersed or is laying on the couch in a coma brought on from frantic Christmas Eve wrapping until 2 a.m.

Don’t get me wrong, I love this down time, but sometimes I wonder if there isn’t something else I could be doing rather than imitating a bump on a log. This year, rather than wonder, I decided to actually do the research and see what’s out there for me or you to do on Christmas Day.

Since there are more than a few sites that cover restaurants and bars that are open on Christmas, I decided to take a look and see what else is available.

Wait, wait, wait. Before you run away from the computer screaming something about Christmas carols dying a fiery death, hear me out. This is caroling with the Holiday Project, which is making trips to Mesa Vista nursing home in Boulder to brighten the days of senior citizens at a time that can feel pretty lonely if they don’t have family nearby. The sessions last about an hour and a half and there are three trips: Christmas Eve, Christmas morning, and Christmas afternoon. Bring the holiday cheer to someone who would truly appreciate it.

Fun fact: I have never been to a Christmas Day service in my life. When I was a kid it was because my head would have exploded if I were forced to wait one more nanosecond after my parents woke up to start opening my stocking. Now that I’m an adult, it’s because the kids’ heads will explode if they have to wait one more nanosecond after I’ve poured a cup of coffee to start opening presents.

But, if you’re the type that would enjoy some worship on Christmas Day since, you know, it’s technically a religious holiday, Saint John’s Episcopal Church is having a Christmas morning service at 10 a.m.

I’m a freak of nature and the holidays don’t really stress me out, but I know there are countless people who find this to be one of the most stressful times of the year. Why not combat that stress with some good meditation? The Mipham Shedra Boulder Meditation Center is hosting a meditation session and potluck starting at 5:30 p.m. This would be one of those golden opportunities for some great self-care.

Catch Dinner and a Show

For 20 years, Jesters has been putting on the musical “Scrooge: Bah Humbug” and this year is no different. Catch a classic Christmas play and grab some dinner while you watch.

For whatever reason, I’ve never gone to see a movie on Christmas Day before, but I see the appeal. There are two theaters open around Boulder on Christmas: the Boulder Century Theater and the AMC 14 at Flatirons Crossing. I won’t lie; the Century Theater’s lineup is a little thin, so I think the AMC Theater is your better bet. Plus, the reclining seats in their theaters are heavenly (unless your 4 year old niece figures them out and spends the entire movie reclining and straightening her seat).

Whatever you decide to do for Christmas this year, I hope that it’s a merry one filled with laughter, warmth, and at least one really solid nap. Because you’re an adult and a nap is a gift just as much as a new pair of slippers is a gift.