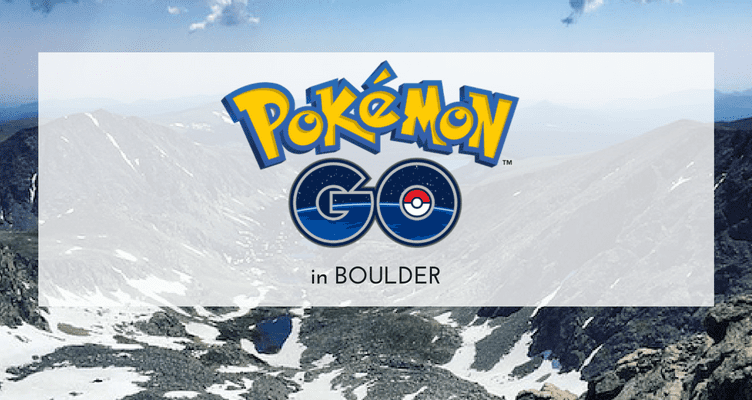 Okay Boulderites, be honest. Did you grow up with words like Pikachu and Charizard in your everyday vocabulary? Were many of your childhood years spent arguing with your brothers about whether it was better to start off your Pokémon game with a Bulbasaur or Squirtle? Did the theme song of your after school, post-homework leisure time ring with that “Gotta Catch ‘Em All!” chorus?

Pokémon is a game and expansive virtual world that was an entertainment staple in the late 1990s. Enjoying a massive resurgence in popularity with the July release of the Pokémon Go mobile app game, Pokémon is an insanely creative, involved, comprehensive, and sometimes polarizing gaming experience.

With this new spin on the Pokémon world with Pokémon Go, players have the chance to get out of the house and play a game that allows them to interact with both the real world and the virtual world of Pokémon. For those who need a crash course in the world of Pokémon, get ready for a quick 101 lesson so you have a basic understanding of what the hype is all about. For those who play the game and are reveling in the nostalgic joyride in augmented reality that is the new Pokémon Go game, start opening your eyes to how playing can actually help you to learn about Boulder’s history, geography, and culture, as you get about town and enjoy both the colorful world of Pokémon and our colorful city of Boulder.

The word “Pokémon” encompasses a Japanese media franchise trademarked by Nintendo. Created by Satoshi Tajiri in 1995, the first iterations of the Pokémon games were released as Nintendo Game Boy games in 1996. Within the game, the player acts as the Pokémon Trainer, tasked with wandering this fictional universe and finding and catching mysterious Pokémon creatures to complete their Pokédex (hence the catchphrase, “Gotta Catch ‘Em All!”) and to train this collection of creatures in order to do battle with other trainers and win the fictional Pokémon League, with both of these accomplishments constituting “winning” the game.

Pokémon creatures themselves are wildly varied, colorful, distinct fictional creatures, each with special skills and powers, inspired by the insect-collecting hobby of Tajiri when he was a child. From Flareon to Rattata to Rapidash and the over 150 Pokémon species in between, encountering and capturing these creatures is the crux of the Pokémon game.

Since the game’s initial release, the franchise has spawned a massive number of game generations as well as an anime television show and a number of movies, continuously expanding the game’s reach and adding to the lore of the fictional universe. The latest addition to the Pokémon canon is the immersive Pokémon Go, a mobile app game that can be downloaded for free from the App Store and played on a smart phone. Using your location, the game allows players to go out and catch fictional Pokémon that are “roaming” within the real world, as the Pokémon appear on your mobile screen to be within your actual surroundings.

Not without controversy and with much buzz, the release of Pokémon Go has spurred an increase in activity amongst players, encouraging them to get up off the couch and get active as they catch Pokémon out in the community. At a Poké Stop, a landmark chosen within the game at a public area, players can virtually “pick up” supplies to help them in their Pokémon quest. At Pokémon Gyms, also public landmarks, trainers can do virtual battle in the game with their Pokémon against other trainers. The game likewise encourages movement and activity as it rewards players when they walk certain distances with special items, experience points, and new Pokémon.

All right, now that the crash course is over, how can this game help you explore and learn more about Boulder? Perhaps the best example of this is in the plethora of local landmarks and historical sites, both well known and more obscure, that serve as Poké Stops within the game. From notable gathering places like Scott Carpenter Park and Pearl Street Mall, to the wealth of Poké Stop locations on the CU Boulder campus, as well as lesser known sites scattered throughout the city, including memorial benches, statues, pieces of artwork, gardens, and more, be sure to take a moment away from your game when stopping by these sites to check out the information and plaques that accompany them. Take a moment to realize where you are and to look into what these buildings, sites, and landmarks are all about, what they offer, and what piece of Boulder history they exemplify. 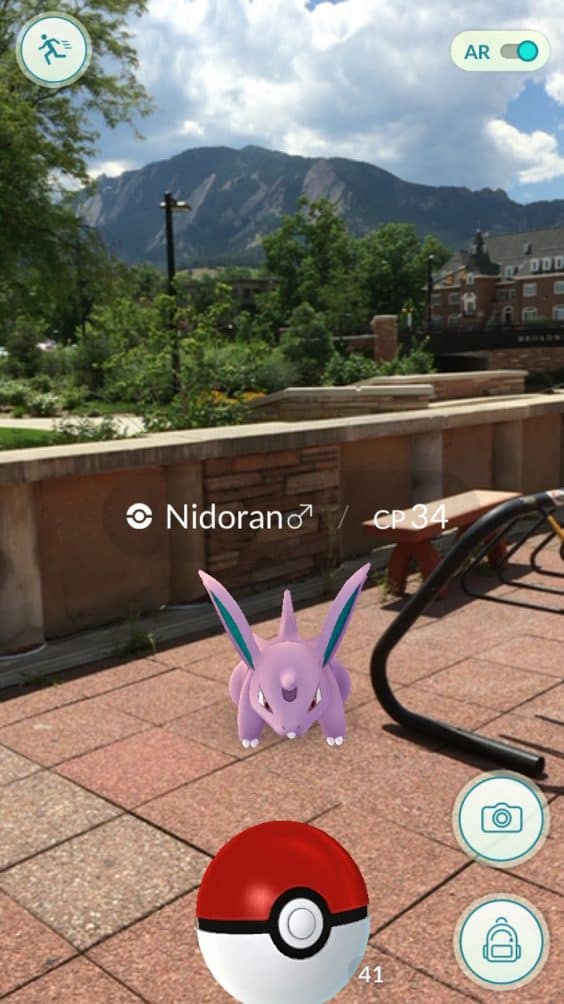 Local Boulder businesses are also buying into the Pokémon Go craze. Boulder Beer Company recently began hosting Pokémon Go Friday events. Set up as a gym within the game, Boulder Beer Company sets up virtual lures on Fridays to attract more Pokémon to their location, encouraging players to visit to catch virtual Pokémon, and to enjoy a real-life, delicious craft beer while they’re at it!

Just as with any activity, players absolutely must remain aware of their surroundings when playing Pokémon Go. Be smart and be conscious. Don’t put yourself in potentially dangerous situations just for the sake of catching a rare Pokémon. Don’t bury your head in your phone and accidentally run into a light pole (you laugh, but it happens), stumble into any other hazards, or collide with the people around you. Pokémon Go is meant to be an immersive, nostalgic, exciting augmented reality experience, but it must be played with caution and common sense. These stories (Chicago, Boston to name a few) are worth a read about the damage done by Pokemon Go players and areas (seriously?) having to plead with player to be respectful and/or prohibit players. Respect our Open Space, folks 😉

So get out there, Boulder, and enjoy learning about your city while you work to catch ‘em all!

Sign up for our FREE weekly email with Boulder’s best events, concerts, happy hour deals, comedy shows and more. Delivered to your inbox every Friday!
PrevPreviousInside The Hill: 5 Beautiful Buildings with Super Cool History
NextBack to School: A Freshman’s Guide to BoulderNext