Some Like It Hot: Boulder Restaurant’s Signature Cocktails Are Heating Up 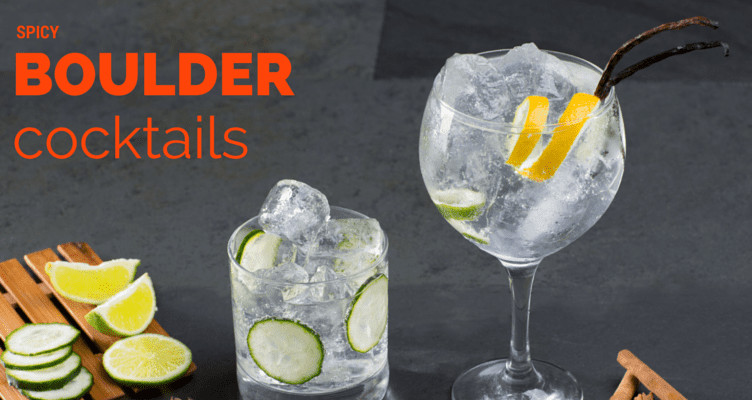 Boulder is in the middle of a mini heat wave this week, but that hasn’t stopped the city’s mixologists from heating up their cocktail lists. Fresh, locally-grown herbs like basil and rosemary have always been the shining star ingredients featured on drink menus all across the city, but this summer, the pepper is the reigning star.

The beautiful thing about living in a place with such an incredible dining scene is everyone infusing this spicy ingredient in their cocktail list is mixing it up in a different way. Check out some the most popular drinks spicing up Boulder bar patron’s palates this summer.

Since opening in 2014, Hosea Rosenberg’s Blackbelly Market in east Boulder is a busy revolving door of foodies and Bouderite’s looking to savor the creative and exceptional dishes coming out of the kitchen. But people aren’t hitting Blackbelly only to try this top chef’s cuisine. If you happen to snag a seat at this busy restaurant, order up an Octavio’s World. This $10 cocktail is made with sombra mezcal, green chartreuse, fresh lime, Leopold’s Maraschino, cucumber, and jalepeno.

The word hot is in the name of this drink, so you know it’ll be bringing some heat. Made with 100% blue agave silver tequila, fresno chile, strawberry, lemon, and agave. The slight sweetness of the fresno chile paired with the freshness of the strawberry and lemon makes the Hot Rosser ($9) a refreshing option that enhances the flavors found on the food menu at Centro’s Latin Kitchen and Refreshment Place.

Grabbing a cocktail on Chautauqua Dining Hall’s wrap-around porch is a must after spending any time on the nearby Chautauqua trails this summer. On your next visit, try a Sangre del Sol (which translates to Blood Sun) and savor the flavors of Suerte reposado tequila, smoked fresno chile, strawberry aperol, and lime. ($9)

The well-dressed men and women behind the bar at Japango have mastered the perfect balance of heat for their pepper-inspired cocktail. Diners are digging the Serrano Splash made with house-infused Serrano Pepper Vodka, St. Germain Liqueur, agave nectar, fresh lemon and lime juices, and muddled basil. Be sure to add this one to your must-try list.

The folks at North End @ 4580 got very creative with their pepper-inspired cocktail, opting to use the red bell pepper in their NoBo Spicy cocktail ($9.00). This drink is made with muddled red bell pepper, lime juice, cayenne-infused Espolon blanco tequila, agave nectar, and a splash of soda which combined, make this an interesting cocktail worth veering of the busy downtown path for.

The bar program has been doing pretty great things since they opened, including jumping on board the popular pepper-cocktail-program sweeping the city. Instead of opting for tequila as the base of their spicy concoction, Riffs decided to mix outside of the box with their Scotch Connection— a $10 cocktail made with famous grouse scotch, muddled jalepeno, Leopold’s Peach Liqueur, lemon and ginger beer.