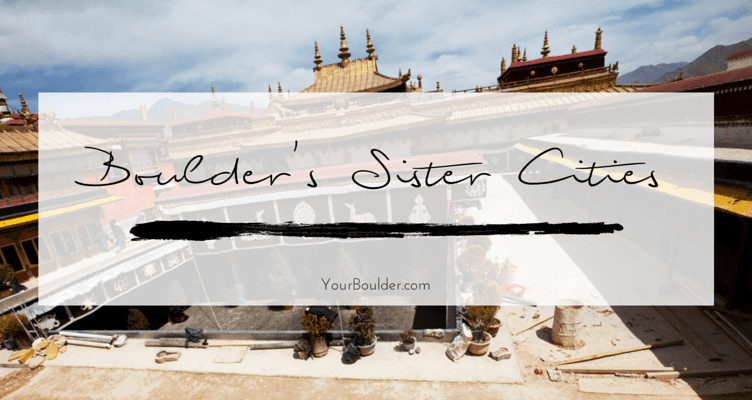 I mentioned the number of sister cities that Boulder has collected over the years in a recent post and, well, it stuck with me. I had no idea that Boulder had such a diverse grouping of cities to call sisters. I mean, it makes the Jolie-Pitt clan look positively homogenous.

With that on my mind, I wanted to find out more about Boulder’s sister cities, when the partnerships happened, and what the countries share. But first, a brief description of what exactly a sister city is.

Much like with siblings, it’s a long-term relationship; unlike many siblings though, it’s cooperative, with both sides sharing educational, technical, and business exchanges.

It’s been over 30 years since the first sister city relationship with Jalapa began. In 1984, when the partnership was created, the Jalapa Valley in Nicaragua was a war zone and remained that way through the 1980s. Thankfully, the country is now a peaceful place and Boulder has worked with the Jalapa community for more than 30 years on sustainable, cooperative projects that have brought clean water to destitute rural communities, empowered women through co-op programs, fostered education programs for adults and children, and many other projects.

This relationship is a shining example of the good that can come from the sister cities program.

The second sister city relationship the Boulder-Lhasa Sister City Project formed in 1986. Lhasa is located 300 miles northeast of Mount Everest and, at 11,450 feet above sea level, Lhasa puts the high altitude of Boulder to shame. It puts most cities to shame really, since it’s one of the highest cities in the world. Boulder is also Tibet’s only sister city in the United States.

Suddenly all the prayer flags around town are starting to make sense to me now.

The third, and probably most well known sister city relationship formed in 1987 with Dushanbe. The relationship is evident in the beautiful Dushanbe Teahouse located at 13th and Canyon. The hand-built teahouse was quite literally disassembled in Dushanbe and shipped to Boulder, piece by piece, and rebuilt here. Today, more than 100,000 people visit the teahouse each year. That’s one hell of a gift to give your sister!

So that ironic coffee mug you gave your sister for her birthday last year is looking pretty lame.

In 1994, Yamagata became the next sister city to join Boulder’s growing city family. It’s located in northwest Japan and sits in a valley surrounded by mountains (sound familiar?), and the region gets some of the heaviest snowfalls in Japan during the winter. One of the unique things that Boulder and Yamagata do to expand cultural knowledge between the two cities is exchange local news broadcast footage.

They also win an award for partnering with cities that have the most difficult to pronounce names.

Boulder established its relationship with a ceremony on January 17, 2000, in Manté; a city located about 280 miles south of Brownsville, Texas. The sister city relationship developed from an existing annual medical mission to Mante by Boulder Community Hospital.

Sadly, because of all the violence in the northwest part of Mexico in the past years, there has been a temporary suspension of exchanges between the two communities.

In 2002, Boulder gained another sister in Yateras, located in the Guantanamo region of Cuba. Yes, that Guantanamo.

Despite that region’s notoriety, this is the most active sister city partnership of all the partnerships listed here. They even have five committees: Arts and Education, Environment and Sustainability, Sports, Music and Dance, and Health.

Or as they would be referred to in the family, “baby sis.” Kisumu is Boulder’s newest sister city, established in 2009. It’s in Western Kenya on the shores of Lake Victoria 15 miles south of the equator. Since the sisterhood is still in its relative infancy, exchange and support is still being formed. Some of the projects in the works include sanitation and water purification as well as primary school education development.

Because you can never have too many sister cities, Boulder has been trying to develop another sister relationship with Nablus, Palestine, however, there has not been success with the effort yet. In 2013, the city council voted against creating a sister city relationship with Nablus due to the potential for a political powder keg given the recent tensions in the Middle East.

What do you think? Should Boulder get another sibling, or should we stick with the ones we currently have?