Get to Know a Boulder Startup: PivotDesk 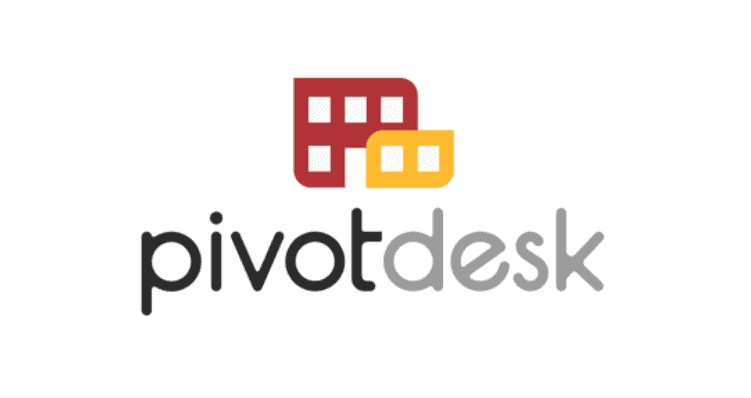 David Mandell is no stranger to the startup game.  He’s what many refer to as a serial entrepreneur (kind of like a serial killer, but probably a little crazier and with more venture capital funding), since his current venture is his fourth startup since 2000.

He’s such a fixture in the Boulder startup scene that he’s been a mentor at TechStars since it’s inception and you’ll find him behind many of the bright ideas brewing in Boulder.

Currently though, he’s less concerned with ideas and more concerned with space. More specifically office space. PivotDesk came to be when Mandell noticed an interesting pain point among burgeoning businesses: leasing an office.

If you have ever had the pleasure of trying to find office space for your company, you’re probably nodding your head in agreement. The problem with leasing an office is that you’re tied into that space for the terms of your lease, whether you expand or contract during the time of your lease. You may find your team crammed into every corner of the office or you could wind up with more space than is cool for an open office concept.

Leasing companies are very inflexible due to the nature of the real estate beast (it’s designed to protect property owners, not help businesses), so in the past, many companies just had to grin and bear it.

The idea took hold when Mandell was chatting with a colleague who was suffering from an abundance of office space and couldn’t get out of their lease. Mandell said he knew of several businesses that would love to come take up that extra space, so he contacted them and take up that space they did.

This was when David realized that there was a market for space sharing like this; he just had to figure out a way to navigate the static field of real estate in order to get his plan to work.

So, he spent a year researching property leasing and real estate and found nearly every logistical hurdle you could when it came to making his idea become a reality. He was told multiple times that there was no way that he could create a business model like PivotDesk. He proved those naysayers wrong.

In a nutshell, PivotDesk functions more like a relationship and less like a contract. The terms and length of stay are fluid and businesses can feel safe focusing on their daily tasks rather than trying to fit their round peg business plan into the square hole of the standard office lease.

Businesses looking for more space can find it using PivotDesk and companies with too much space can list the free areas on the site. PivotDesk then plays matchmaker and matches the two not only for a size fit, but for a cultural fit as well, so that all businesses can work in harmony together.

David credits the advent and following success of PivotDesk to the Boulder community. It’s such a dense entrepreneurial community that this type of company is the perfect fit for its inhabitants. Boulder is collaborative by nature and is prone to sharing, so the concept of office sharing is nothing out of the ordinary in the slightest.

In fact, Mandell believes that Boulder is ahead of the curve for the coming sharing economy model that will begin to find its place in more and more cities around the country (PivotDesk already has communities in Boston, Boulder/Denver, New York City, Portland and San Francisco). It’s on the frontier of the next big way of doing business.

With more businesses and services offering companies and individuals a way to scale many of the aspects in their life to suit their needs, PivotDesk is poised to make finding an office much less of a one size fits all process and more of a perfect fit for everyone no matter what stage of growth they’re in.

Sign up for our FREE weekly email with Boulder’s best events, concerts, happy hour deals, comedy shows and more. Delivered to your inbox every Friday!
PrevPreviousGet to Know a Boulder Startup: LinkSmart
NextA Guide to Boulder Toy Stores: For the Kids and Kids at HeartNext