Get to Know a Boulder Startup: Sovrn (Formerly Lijit)

As hard as it is to believe, there was a time when tech startups didn’t rule the world and it’s not as long ago as one might imagine. In fact, it was in 1994, a mere 20 years ago, that Walter Knapp rolled into town to get his Masters degree at CU Boulder. At the time, CU was one of two universities offering Masters degrees in programming (the other was MIT). So Knapp set up camp in Boulder and he’s been coming back ever since.

Walter has a fairly extensive background in programming and entrepreneurship in Boulder. He’s led two successful organizations into the public company arena, Novell and Cambridge Technology Partners, and most recently he’s been involved in the exponential growth and acquisition of Lijit by Federated Media, a company that provides advertising inventory for online content publishers. 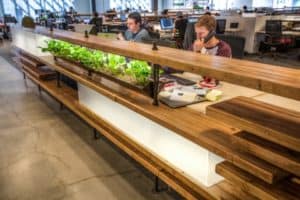 Now, with the success of the programmatic advertising arm of Federated Media, the company decided to divide back into two businesses so that Federated Media could focus on content publishing and the new venture, Sovrn, which is very nearly the same company as Lijit once was, could refocus on advertising with Knapp leading the charge.

With the formation of the new company, Sovrn moved its headquarters back to Boulder. It seems as if Niwot’s Curse applies to businesses as well as people.

But, as Walter points out, there are so many great reasons for a fledging company like Sovrn to stay in Boulder, that it wouldn’t make sense to be anywhere else.

As Knapp puts it, there’s no “big boy” competition in Boulder. Instead, it’s a cluster of small, yet successful and motivated startups. Because there’s not the dog-eat-dog mentality that pervades in larger markets such as Silicon Valley or New York City, there’s no bravado surrounding entrepreneurship. There’s no ego, no swagger; just the desire to look at business from a different perspective.

Sovrn couldn’t be a better example of this type of company. When it began as Lijit, no one could have expected the phenomenal growth that it would have over the past seven years.

Now back in Boulder, Knapp says he’s looking forward to hiring the young minds that bring about the changes in technology that make such a difference. What better market than a college town to do so?

The opportunity to hire smart, driven new employees right out of college is a mutually beneficial relationship. Sovrn gets new minds to look at existing problems and graduates get the opportunity to learn, be creative problem solvers, and fearlessly implement new ideas in their role.

Speaking of employment, because of their move and growth, Sovrn is looking to hire some of those bright minds right now. Visit their Jobs section to see if they have a spot for you on their team.

While the name Sovrn is new, the exciting startup mentality that Lijit fostered in the Boulder community is still the same and they are excited to have the chance once again to be a part of the Boulder startup community.