It’s fall in Boulder and that means every weekend people are hitting the dirt (and other obstacles) for a little cyclo-cross. Cyclo-cross mixes running and riding and tests endurance, strength, technique, and pure grit.

There are many stories about how cycle-cross started but most agree that it began in the early 1900s when riders would choose a destination and then race each other to the finish by taking any and every shortcut they could. If that meant hopping fences, riding through farm fields, and doing some urban assault in the tiny towns along the way, then that’s what they did. It helped them stay in shape during the winter months and it demanded they get even more skilled at handling their bikes.

Today the sport is growing like mad and just like their counterparts in the early 1900s, cyclo-cross athletes face a variety of natural and manmade obstacles out on the course and they often compete during less than ideal weather conditions like rain, ice, snow and mud, which is exactly why it’s one of my favorite sports…to watch.

The other day I chatted with Brandon Dwight, former pro cyclo-cross racer and co-owner of Boulder Cycle Sport, to find out more about his shop and what they’re up to this season.

What’s your story? Were you an entrepreneurial kid growing up?

I wouldn’t say I was entrepreneurial as a kid, but when I came out to Boulder for college I was more interested in thinking about ideas for some type of business or invention than I was in studying. Unfortunately, I never got that “million dollar idea.”

When did you open Boulder Cycle Sport?

Taro Smith, a longtime friend and now co-owner of the shop, and I had always talked about working together. We looked at a space to open a salad bar, we came up with a totally brilliant cycling sock idea (that eventually came to be but not by us), and volleyed a thousand ideas back and forth in the hopes that one of them would stick.

Then, in 2004, a space became available in North Boulder that we thought would be perfect for a bike shop. We weren’t necessarily looking for a bike shop, but because we had both spent the better part of the previous 10 years racing bikes and riding every chance we got, we could see the potential in the space and the location.

At the time cycling was hitting a peak – everyone was getting more into road riding because of the Tour, technology was getting better, bikes were more comfortable to ride, and recreational riders had more options and at better prices than they ever had before. Then to see a spot open up at the intersection that served as the gateway to some of the best road riding in Boulder, it was an opportunity we couldn’t pass up.

What are your big goals for Boulder Cycle Sport?

We just acquired Pro Peloton, which is super exciting for us. We’re going to keep the name as is and the shop will still specialize in high-end, custom built bikes but it will be supported by the Boulder Cycle Sport infrastructure. Other than that we don’t have a master plan – we’re just always looking for opportunities to grow and expand where it makes sense.

What are some partnerships or giving back campaigns you’re involved with in the community?

Earlier this year we did a successful fundraiser for the Amy D Foundation and we did a ride to support the Jamestown Merc. We’re always looking for creative ways to give back to the community.

What do you have coming up that people in the community can get involved with?

We just finished our annual cyclo-cross clinics, but we’ll be doing them again next fall so people can check back for that.

At all of the cyclo-cross races we offer free tech support out of our van. We’re at most of the Colorado races to support our clubs but our support is also free to the public.

On the Sunday before Thanksgiving we’ll be holding our annual Cranksgiving event. It’s a charity bike ride that involves picking up non-perishable food from spots all over town and then racing back to the shop in North Boulder. That food then gets donated to the local Food Bank.

We’re also going to be hosting The Chocolate Milk Ride. (Check the blog for updates.) As you can imagine, it’s going to awesome because it’s chocolate milk. But also, all of the money that’s raised is going to be matched by a foundation that helps families affected by cancer and all of the proceeds are going to go towards buying bikes for kids in those families.

What do you attribute the success of Boulder Cycle Sport to?

From the very beginning we wanted to be a friendly neighborhood bike shop that catered to riders and bike enthusiasts at all levels. I think we’ve succeeded in doing that but we’re always looking at ways we can improve, innovate, and bring more of what the community wants to our shops. This industry changes so fast so we just do what we can to keep besting ourselves and stay ahead of the curve.

What’s your favorite part about living in Boulder?

If someone is new to Boulder, what are a few must-see destinations in town?

Chautauqua, a ride up to Jamestown (as soon as it reopens), and Valmont Bike Park.

No way I’m answering that, although I do like beverages from all of the above. I like to spread the love around.

When you need to huddle-up with your team, vendors, etc. where do you like to meet?

We often meet at South Side Walnut Cafe or at Amante in North Boulder. They have great coffee and food and they’re right next to our shops.

Southwest corner of North Boulder Park for a picnic.

Want to keep track of Brandon and Boulder Cycle Sport? Here’s how: 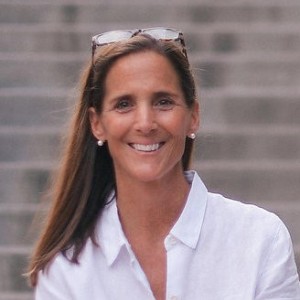