Chickens and Boulder and What? Oh, My. 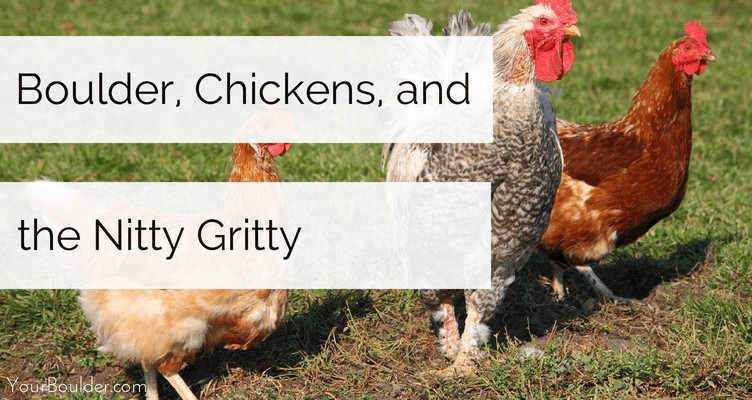 I love my chickens.

I also love Boulder, because in Boulder, I am allowed to keep chickens. That is not something that I take for granted, as until recently other places such as Erie and Louisville were chicken no-go areas.

Thankfully for these places things have recently changed. In the last couple of years, even cities such as Denver have began to cave to public pressure from residents who want to reclaim their rights to keeping chickens. Groups like “Denver Backyard Farms” have been working for years to promote the use and acceptance of food producing animals in Denver. Boulder residents in all zones of the city are allowed to keep up to eight hens and have been for some time.

Last year, residents in Aurora, Colorado launched a campaign to attack the ban on chicken farming in urban areas. Lead by advocacy group “Chicks in Aurora” this strong pro-chicken movement resulted in the city council approving an ordinance on March 24 this year which allows residents to keep up to four hens on a residential property. Go Aurora! One speaker at the city council meeting in Aurora last February had a petition with over 1000 signatures on it which had been gathered within only a couple of days, the meeting itself saw over 100 locals turn up in support of the backyard chicken movement. This was considered a big win for those living in Aurora who are now legally able to have chickens on their property as long as they purchase a $40 permit.

What the big deal about chickens you ask? Are they not just smelly, rat-attracting and noisy?

Chickens, when kept clean, do not smell. With good hygiene practices in operation, odor should not be an issue. If you leave them in a dirty coop, for sure it will begin to stink, but then so will your yard if you do not clean up the dog mess. Like most things, if you clean up, things stay smelling of roses. As far as rats are concerned, rats like food, not chickens. I leant the hard way that if you leave the chicken food all over the place rodents will take advantage of that. If you don’t, they can’t. Simple.

So they are nice pets, they don’t smell or attract rats, and they give me eggs. Hardly surprising then that I love my chickens is it? Not only do I get eggs, but they are better eggs than I can buy! They taste richer and the yolks are yellower.

“Every day is like Christmas when you own chickens,” says Boulder resident and a good friend of mine Vivienne Palmer. Vivienne is responsible for me getting my chickens. When we walk the dogs each morning, she would tell me about how much she loves her flock and about the excitement that even after three years of ownership she still feels when a fresh egg is laid. After a year or so of listening to her I decided to copycat.

I bought a coop online, and headed down to Denver’s chicken swap where a kind lady showed me how to pick out healthy hens. I took them home to their new coop and received my first egg from the hen that I had named Bunny. Bunny is called Bunny because she is an “Eater Egger” type of chicken, her eggs have a slight blue tinge to them.

The good news is that more an more local cities are following the chicken way. Nine months ago, Louisville City Council voted six to one on a reading that allows residents to keep up to six backyard fowl. This ruling followed just one month after Erie Council relaxed its chicken regulations.

There has been an increase in the number of homeowners in Boulder keeping backyard chickens. Some neighborhoods operate a co-operative style affair, others prefer to have their own supply. Vivienne likes the fact that she can show her children where their morning eggs come from, right down to the chicken who produced them.

Backyard chickens are gaining popularity, and with the additional nutrient density that their eggs provide their owners with, one can only assume that this is a good thing for the health of those that keep them. 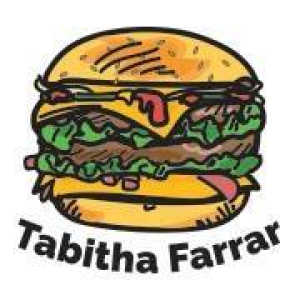 Sign up for our FREE weekly email with Boulder’s best events, concerts, happy hour deals, comedy shows and more. Delivered to your inbox every Friday!
PrevPrevious5 Water Spots In & Around Boulder to Hit with Your Kids Before Summer Ends
NextBoulder Hike of the Month: Green Mountain West RidgeNext