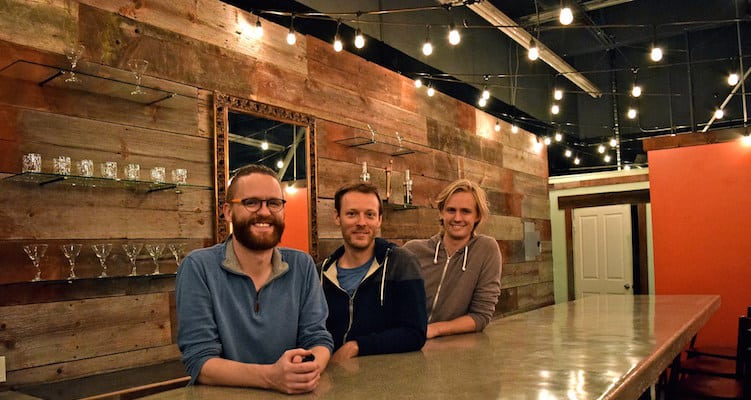 I’ve been sitting at the bar at Deviant Spirits for about 45 minutes when Rawley Gunnels, one of the three co-owners at Deviant Spirits, nonchalantly picks up a bottle of their vodka, pops the top, and starts loading some wonderful smelling Earl Grey tea into a funnel to begin infusing their vodka for what will result in one of the booziest cups (OK, shots) of tea I have ever had. Eat your heart out, Jean Luc Piccard.

It’s this level of dedication to experimentation and quality that’s evident in just about every aspect of the tasting room at Deviant Spirits. From the custom concrete bar top, loving polished with a whet stone for over a hundred hours to the rice vodka that’s distilled no fewer than 15 times before it ever goes into a bottle, there is time, attention, and craftsmanship evident in every corner of Deviant’s tasting room. 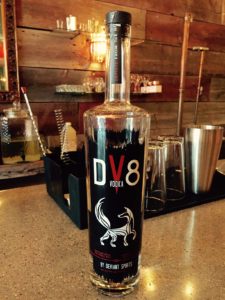 Another co-owner, Johnathan Tilley, explains why the three friends decided to go with rice and, for that matter, vodka. The short answer is that no one else in Colorado is making rice-based vodka. The long answer is best experienced while it’s being explained. The smells and flavors that result from distilling rice to make vodka are so much smoother and surprisingly fruity and floral than your typical vodka.

Don’t get me wrong, potatoes have a lot to offer: french fries, potato chips, mashed potatoes, and baked potatoes just to name a few. But after trying rice-based vodka, I have to say, I really prefer it to the traditional, potato-based vodka.

Located in East Boulder behind a car collision repair center, Deviant calls J Wells Brewery and the Rowdy Mermaid Kombucha neighbors, so come thirsty and have your own mini bar crawl.

Speaking of thirsty, the drinks here are fantastic. I recommend their signature Thai Martini, which is made of vodka infused with a host of Thai-inspired spices and peppers combined with muddled cucumber and lime. It’s got a kick, but is still a great refreshing drink for the upcoming summer.

But before you go cocktail crazy, do yourself a favor and try a little bit of this vodka straight up and appreciate its unique flavor and pure finish.

Deviant Spirits opened their doors for business in January, but that doesn’t mean they’ve stopped experimenting. Right now, they’re finessing a recipe for rice-based gin that Johnathan stays is a little earthier than typical gins. The juniper notes are still there, but they aren’t quite as prevalent as in other brands.

While the tasting room has been the trios’ work in progress project for the last several months, that hasn’t stopped them from distributing to some heavy hitters in Boulder, including Blackbelly and Japengo.

I’ll be honest, up until my visit with the gentlemen at Deviant, I had never really put much thought into vodka. It was a base for my bloody marys at Sunday brunch. A little hair of the dog, if you will. But after tasting the delicious concoctions this team creates and watching them toy with variations on vodka for an afternoon, I’ve got a newfound respect for not only vodka distillation, but also the liquor itself.

If liking rice-based vodka makes me a deviant, then kick me out of the cool kids club and look for me on the fringes. I’d rather spend a weekend afternoon being a vodka-drinking miscreant sidled up to the bar at Deviant Spirits than doing what normal people do on a Saturday.  Whatever it is, it’s probably not as fun and it almost certainly doesn’t taste as good.

Sign up for our FREE weekly email with Boulder’s best events, concerts, happy hour deals, comedy shows and more. Delivered to your inbox every Friday!
PrevPreviousStaples of Summer: Boulder’s Mexican Food and Fare
NextRedstone Meadery: From Lore to LocalNext