Gardening in Boulder: It’s Not Too Late! 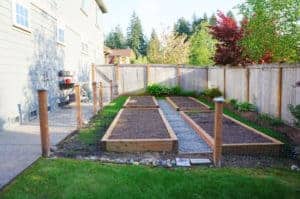 Gardening in Boulder — bright sun, and McGuckin waiting with everything you need to get started. But wait … did the season pass you by this year?

As you push your shopping cart, brimming with fresh fruits and veggies, into the checkout line, you can’t help but be disappointed with yourself as you think of your garden — the garden you swore to pay attention to. The garden that you dreamed of picking the mint from for your Mojitos, the veggies for your summer salads. The garden that is still dirt and only dirt … in mid-June.  Whoops.

Don’t put your dreams to bed just yet. It’s not too late for gardening in Boulder this year.

Here’s the dirt on turning your neglected garden into a bouquet of vibrant colors, aromas and delectable eats:

When it comes to Boulder’s soil, the apple doesn’t fall far from the tree. Boulder’s soil, alkaline and clay in nature, is hard to change, can be a bit difficult at times and it conserves the water it is given.

“You can’t change it – it is very buffered [resistance to PH change] soil. The soil you have is the soil that you are stuck with,” explains Luke Isakson, botanical sales associate at McGuckin Hardware.

In other words, some things you can’t grow here as hard as you try. Blueberries, for example, are pretty much out of the question.

The good news is the soil is slow draining and holds moisture well – less watering is necessary than with other soils – letting Boulderites sleep easier at night.

The one key to enhancing Boulder’s soil is adding compost – the soil is low in organic material.

“Adding compost to the soil is the main thing you have to stress because that will pretty much make everything better,” says Isakson.

“One thing that is special is our Colorado sun – Boulder in particular,” says Isakson. “The tags you read on any plant tags are national. In Boulder often times the “full-sun” plants actually need a bit of shade. If the tag says “half-sun” it probably needs even more shade.”

To figure out the right dose of sun for each plant make sure to take Boulder’s intense sunshine into consideration.

What Plants to Plant Now

You can still eliminate many fruits and vegetables from your grocery list if you plant them now.

Tomatoes and peppers are two such veggies. To yield the most amount of produce at this stage in the game buy bigger plants, says Isakson.

Crisp, refreshing cucumbers will also produce for you – even from seeds if planted in the next week or so.

Plant away with summer’s staples, watermelons and cantaloupes, but remember to water them at least once a day in Boulder. They need to get their juiciness from somewhere.

Herbs can be planted any time of year just make sure to plant mint in a pot otherwise this delicious tasting weed will smother your yard.

Now is also the time to plan ahead and plant winter squash. When the cold kills the plant it’s time to harvest.

If you’re interested in pleasing the eyes and nose as well as the belly there are many flowers to plant.

Lavender, which doubles as an herb and a perennial, grows well in Boulder.

Salvia, the flowers you see in Boulder’s medians, is also a plant that thrives here.

Agastache flowers attract hummingbirds and will bloom way past July in Boulder. Echinacea is also a good choice for optimal blooming.

“Echinacea is blooming in two weeks and that’s when everyone wants it – when they see their neighbors have it,” says Isakson.

Like Echinacea, Shasta Daisies “…are going to be blooming like crazy soon,” says Isakson. “But you don’t grow them for the scent. They smell like dog poop.”

Plant Yarrow if you are lacking a green thumb but want some color in your yard.

“Throw it in the ground. It is super hard to mess up and is pretty much Xeriscape,” says Isakson.

So… what are you waiting for? Get going.

“Add a little compost, pick out plants and I would suggest mulching everything,” says Isakson.

It’s as simple as that. 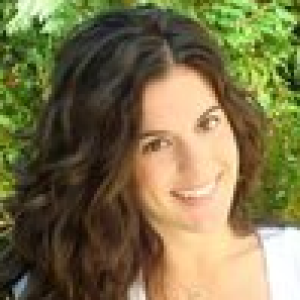 Katie Drucker's motto? Journalism and Colorado – or bust. A graduate of the University of Wisconsin- Madison School of Journalism and Mass Communication, she’s no stranger to words on the page. A contributor to publications like Eagle Valley Enterprise and the Vail Daily, YourBoulder welcomes Katie as another set of eyes on the streets of our big small town.

Katie Drucker's motto? Journalism and Colorado – or bust. A graduate of the University of Wisconsin- Madison School of Journalism and Mass Communication, she’s no stranger to words on the page. A contributor to publications like Eagle Valley Enterprise and the Vail Daily, YourBoulder welcomes Katie as another set of eyes on the streets of our big small town.