To Royal Arch from Chatauqua — ~1.7 miles

Among the fascinating and mind-boggling rock formations along the Flatiron trails is the Royal Arch, a massive formation that forms a completed curve over a 20 ft. span.  The arch tops out at an elevation of 6,915 ft. and offers – as most peaks do in this area – an amazing panoramic view of the entire Boulder Valley all the way out to Denver.  This is one of the steepest trails in the area, but the gorgeous forest scenery and the big summit payoff are well worth the effort.

Take Bluebell Road (the big gravel one that runs alongside Chatauqua Park) and follow it for about 15 minutes.  There will be a fork in the path that is easily marked by the large permanent restroom – head west, directly toward the looming Flatirons.  The next 200 yards is full of great picnicking spots, where you can find plenty of tables and the very posh Bluebell Shelter that’s fit for a party.  However, you aren’t on this trip to relax — you’re here to conquer some gnarly hiking terrain! 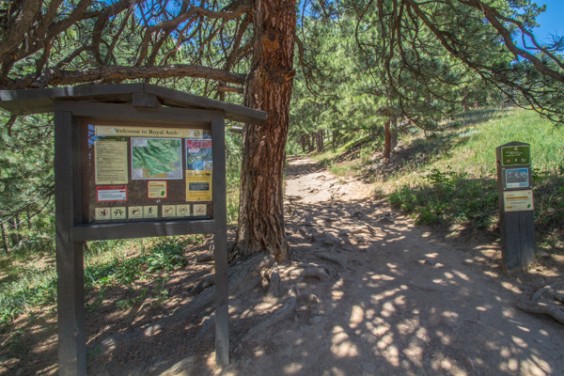 I suggest you adopt this attitude as quickly as possible, because once the path starts to get rocky, it gets more difficult from there.  Once you’ve passed the large boulder field on your right, you have stepped across the threshold.

The rest of the trail is very steep.  There are plenty of solid man-made staircases (and by man-made I mean “strategically placed rocks”) but there are also times you’ll wonder where the trail went.  Don’t get me wrong – every turn of the trail has a new and beautiful sight.  But in terms of athleticism, I’d say the trail veers somewhere between “daunting forest monastery” and “Chief Stairmaster’s Revenge.”

This part of the trail (known as Sentinel Pass) can feel like it takes an eternity, but the truth is you can crush all 0.7 miles within a half hour.  There are also plenty of giant rock outcroppings that invite you to rest, catch a bit of sun, enjoy a beverage, and regain a bit of your strength.  The best one of these spots is unfortunately very near the beginning, but all of them are very visible from the trail. 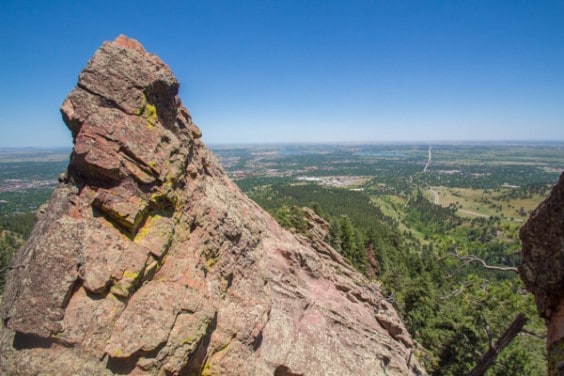 It’s very common to encounter groups of descending hikers with reaffirming messages of positivity like, “You’re totally almost halfway there!”  It’s a great relief to make it to the “top”, but don’t get too comfortable because there’s still one more leg to go!  Don’t rush off too quickly to enjoy your first unobstructed view of the horizon.

The Royal Arch lies another 15-20 minutes back.  Start by making your way down the path that sits between two of the biggest boulders.  It’s a marked trail; don’t try anything heroic!  It’s nice to be going downhill for a change, but pretty soon, at the base of another Flatiron, you’ll be faced with another steep staircase.  This one goes by rather quick, so keep it up!  And keep an eye out for the lovely Tangen Spring. 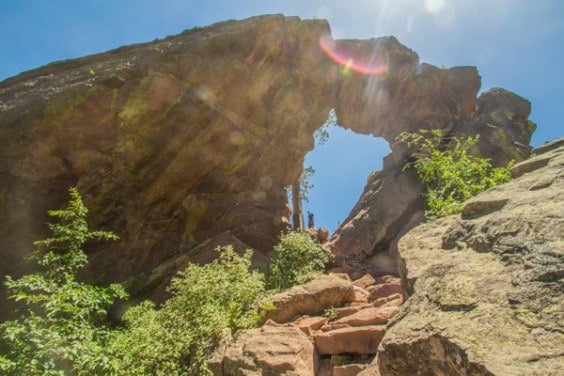 You will arrive at the Royal Arch like a very sweaty piece of twine ready to thread the eye of this needle.  The late summer sun will be eclipsed by the top of the arch, creating an imposing shadow that is quite breathtaking.  Through the arch is a family of large boulders that make a great perch as you take in as much horizon as you can handle.  You have officially accomplished your mission! 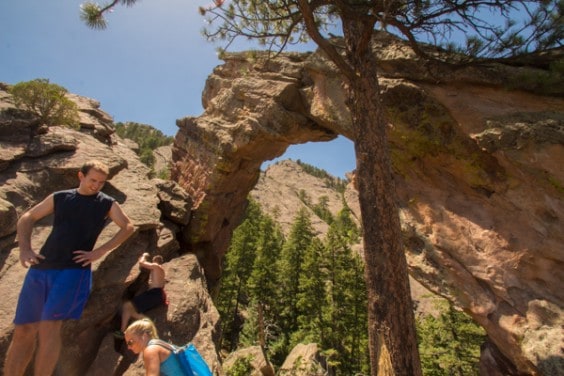 Photography for YourBoulder by PJ Nutting 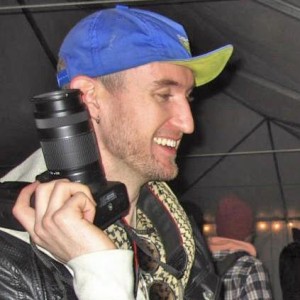