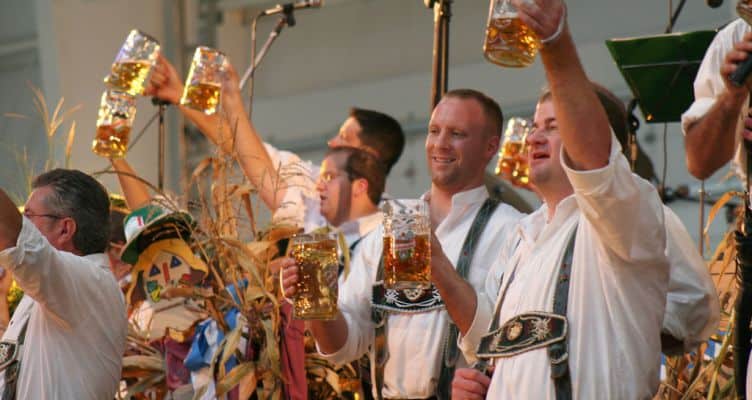 Autumn is my favorite season for many reasons. The weather is cool enough for long sleeve shirts and jeans, but still warm enough that you don’t have to “bundle up” just to go outside. The leaves put on one hell of a light show as they move from tree to ground and make our walk more colorful and crunchy.

Then there’s the collective scream felt around the country as women squeal with delight to find that, OH MY GOD, PUMPKIN SPICE LATTES ARE BACK AT STARBUCKS! I’ve never been a fan of the pumpkin spice craze; the only two sweet pumpkin food items I like are actual pumpkin pie and pumpkin-flavored Noosa.

While pumpkin spice may be the rage around the country, pumpkin beers are what start coming out of the woodwork in craft-beer-friendly Boulder. Of course, I’m over simplifying, there are several other fall seasonals, but pumpkin is definitely king.

Here is where you wan go to find your favorite fall seasonals at Boulder breweries (spoiler: they aren’t all pumpkin beers).

If you’re feeling like it’s time for a break from pumpkin beers, then Asher’s seasonal, Superfly Organic Oatmeal Stout, is just the ticket. It’s brewed with dark malted barley, organic oatmeal, and a perfect balance of hop bitterness to give the beer a nice, full body and that malty sweetness we love so much in our stouts.

This brewery has two—count ‘em two—pumpkin beers! Rumpkin, a massive beer at 18.0% ABV, is a rum barrel-aged pumpkin ale that combines the flavors of a pumpkin beer and takes it up a notch with notes of oak and candied molasses (their words, not mine, since I have no idea what candied molasses tastes like). Given the ABV, this is a beer best shared with friends, don’t try and session this on your own.

If you want something a little (not a lot) lighter, Pump[KY]n comes in at 15.% ABV. Again, another “sharing is caring” bottle of beer. This pumpkin porter is aged in a bourbon barrel, giving it a deep, rich flavor that people may not expect from a pumpkin beer

If I had to pick my favorite beer name ever, this one would be in the running: Dragonhosen. Besides having a killer name, it’s an imperial Oktoberfest lager. In Boulder Beer’s own words:

Late at night in the dark cellar or among the rows of towering vessels at Boulder Beer, if you listen carefully you can hear the eerie sound of the Dragonhosen. Brewed with generous amounts of Vienna and Munich malts for a rich, full-bodied malty flavor, Dragonhosen begins as a traditional Oktoberfest lager, then stealthily breathes fire with 9% alcohol by volume. Hallertau and Czech Saaz hops add balance with a mild earthy aroma and flavor with moderate bitterness. And if you find yourself at Boulder Beer, listen closely and beware…if you hear a scratching and scraping coming your way, the bite of the Dragonhosen is sure to follow.

Another alternative to pumpkinpalooza, the Autumn Quad is an abbey-style Belgian dark strong ale. A delicious way to warm up on the increasingly chilly nights.

Pumpkin beer in a can! Upslope uses organic baby bear pumpkins (does that not sound like the cutest pumpkin ever?) and a custom blend of six spices to round out their highly anticipated fall beer.

Other breweries that have seasonal pumpkin or Oktoberfest beers include Fate Brewing and Wild Woods Brewery, so be sure not to miss them in your autumnal tour of fall beers in Boulder.