When Weed Isn’t a Weed: Meet Realm of Caring 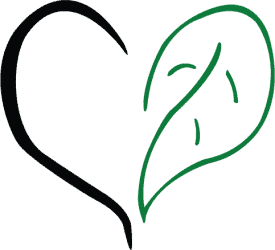 On Saturday night, I sat in the audience at TEDxBoulder 2013 and listened to a myriad of stories, topics, and concerns of culture. Right before intermission, a guy named Josh Stanley took the stage and seemed ready to spin a tale about the medical benefits of marijuana. Of course, he’d be backed-up by the plethora of back pain and glaucoma sufferers that seem to have cropped up since medical use was legalized in Colorado back in 2000.

But Josh wasn’t there to talk about the jokers, smokers, and midnight tokers.

He was there to talk about a little girl name Charlotte who was one of many children whose lives have been changed (and possibly saved) by a non-psychotropic oil derived from marijuana plants.

When we think about marijuana, we think about one of the seventy-eleven dispensaries we pass (or walk into) during our day-to-day. We’re also most familiar with THC, the psychotropic component of marijuana that makes it such a coveted — and regulated — substance. But do you know about CBD, the other (and non-psychotropic, aka you can’t get high from it) compound found in marijuana plants? Well, Josh Stanley his brothers have spent years cultivating high-CBD strains of marijuana plants to create what’s come to be known as a strain called Charlotte’s Web (originally and quite hilariously called The Hippie’s Disappointment). From there, they create Realm oil which has shown to have astonishing effects for children suffering from debilitating illnesses like epilepsy.

How astonishing? Well, prior to little Charlotte’s family learning about the alternative treatments available through Realm of Caring, the foundation created by The Stanley Brothers, little Charlotte was experiencing up to 60 tonic clonic seizures a day — often up to 300 per week. Within her first week of treatment, Charlotte celebrated seven seizure-free days, and now 8 months into her treatment her family reports a 99% seizure reduction.

So, there’s a reason I’m writing this. It has less to do with the OMFGWEEDOIL aspect of the story than the way my heart felt when I saw Josh bring little Charlotte and her family up on the TEDx stage on Saturday.

Realm of Caring can only provide treatment to families living in Colorado. They’re soon moving into California, another legal marijuana state. But it just sucks that kids like Charlotte living in other states — kids who are desperate for solutions when commonplace medical science isn’t working — can’t have access to what Realm of Caring is offering because of state laws. Families can’t just uproot their lives and move to Colorado, and nor should they have to. It’s sad that medical marijuana remains vastly misunderstood and that what Realm of Caring offers — you know, a weed compound that isn’t psychotropic and you can’t get high from — can’t be had because of some hangover that folks have from seeing too many Reefer Madness movie posters back in 1936. Might I recommend they get something for their glaucoma?

If you’d like to learn more about Realm of Caring, drop by their website. You can also check out this awesome article over on CNN about Charlotte’s story and The Stanley Brothers. It’s funny, isn’t it, how something like weed transforms into a life-changing treatment. That’s when weed’s no longer a weed.

Please note: To get in touch with Realm of Caring, please don’t leave a comment on this post. Instead, head on over to their website. There, you’ll be able to get direct answers from people involved with the organization. We’re just a community news and events site that wanted to share Josh’s talk. We’re not affiliated with ROC in any way.

PS: When Josh’s TEDx video is available, we’ll update this post with it so you can see what the folks at TEDxBoulder offered its only standing ovation of the night at the 2013 event.