When you hear the phrase “TED talk” undoubtedly you will think of only one thing.

When it comes to the word TED you think big red letters and you first visualize those YouTube videos with CEOs and interesting people from all walks of life blowing your mind with their stories or their extensive knowledge about an interesting subject, but if you’ve ever attended a TEDx event in the flesh like we did on June 1st you know this three letter word means much more than that.

The TED organization is out to spread ideas “worth spreading”

… and TEDx is an independent, local, self-organized event bringing people together to share a “TED-like experience” all over the world.

Ron Bostwick, a Boulder resident who’s been coming to Chautauqua’s events for the past twenty-five years, introduced the TEDx talk’s founder Andrew Hyde that night.  Bostwick is one of four Event MCs who’ll introduce events at Chautauqua Auditorium all summer long and the TEDx talk was one of the first of the season.

“This year the Chautauqua Auditorium celebrates its 121st anniversary,” Ron told YourBoulder.com.  “It is a real gem of what we have here in Boulder and especially with it being right up against the foothills the fact that it is not heated, so it’s a ‘summer only.’  It is a barn and as Michelle Shocked (singer, songwriter) once said from the stage looking up at the rafters saying, ‘Now, I know what my pick feels like when it falls into my guitar.’”

Andrew Hyde is the organizer and host of the TEDx talks in Boulder, which he started ten years ago.

YourBoulder.com took the time to ask him what inspired him to do this event, which began way back in 2010.

One of the Boulder TEDx videos posted online has reached #2 with the “most views” and you should know that over the past ten years Andrew has had mostly local Boulderites on his TEDx stage, but this night it was half from Boulder and half of the speakers and performers flew in from other places.

The theme for this TEDx talk was called “Within and Without”

The lineup of speakers included the following;

The highlight of the night was a talk by Zach Barack from LA.  He will be the first transgender actor ever to be in a Marvel film coming up called “Spider-Man: Far from Home.”

He told us, “About two years ago I saw an open casting call for a show on NBC.  I submitted myself.  I didn’t get it and then the person who saw my video just passed it around.  The audition for Spider-Man came around and (I) just got lucky.”

During intermission there was a “picnic” outside, which made a great date night and fun for anyone inclined to join parties of two or more.  The organic grocery store chain Alfalfa’s supplied a bag with a blanket, plates and vegetarian prepared meals for the audience to enjoy.  Some active audience goers would hold up their fingers looking for people to join them because the bags supplied for the picnic could include parties up to eight.  This was a great way to inspire people attending the event to meet others and to talk about the TEDx talks they’d heard so for.

Afterwards there was an afterparty hosted at the restaurant and bar Next Door on 1039 Pearl St in Boulder, CO.  Excited attendees were able to catch up with many of the speakers of the night to talk to them casually over a drink provided by TEDx.

YourBoulder.com was at the soiree and we asked Sarahbeth Berk, who spoke about becoming a hybrid professional, what her experience on speaking in front of a sold out crowd of 1400 people was like.

“Tonight was one of those things that’s been on mind to do my entire life, so yeah, I achieved a life milestone tonight and it was nerve racking and I haven’t slept or eat… all week but now I feel so much better!”

TEDx Boulder is hosting salons this summer, which you can discover for yourself at https://tedxboulder.com/salons.

The next salon is coming up on Wednesday, June 26th and it is called “Discount Ghost Stories.”  This event will include untold stories from the past about the state of Colorado.  The website states in the description, “We’re talking radical pioneers, colorful outlaws and the love-sick miners that shaped our state.”  It has a musical theme and the it will be performed at the Trident Booksellers and Café at 940 Pearl St.  Be sure to enter code “tedxboulder” when you buy tickets online.

Not to mention, are you interested in presenting a TEDx talk yourself?  Well, Andrew said to head over to TEDxBoulder.com.  He explained the app process to us.

“We have (an) online application form and we also have 160 past speakers that run into interesting people all the time, so you’ll meet somebody and then we’ll get introduced to them as an organization.”

Their fall TEDx talk event themed “Pride & Prejudice” (https://tedxboulder.com/blog/announcing-tedxboulder-2019-fall-pride-prejudice#) will be held October 19th, 2019 at Macky Auditorium at the CU campus in Boulder, Colorado.  On the day of the event the doors will open at 3pm and the show gets started at 4.

Applications for speakers opens up on August 12th and then the selections will be made by August 15th.

Tickets also go on sale August 15th at 10am while the speaking line-up will be revealed by August 22nd.

You can also visit the website to learn how to volunteer or to join their core team, so go check it all out at the websites below. 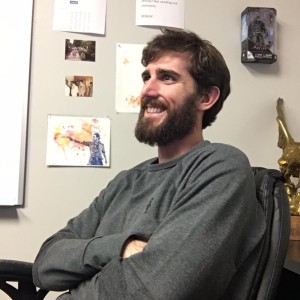 Sign up for our FREE weekly email with Boulder’s best events, concerts, happy hour deals, comedy shows and more. Delivered to your inbox every Friday!
PrevPreviousEverything You Need to Know About The Boulder Creek Festival
NextA Very Boulder Commute: Tube To Work DayNext