In Boulder, you don’t have to wait for Colorado Craft Beer Week to have an excuse to go brewery hopping, it’s an every day event! Whether you just want to try a new beer or sit down and have a meal, we’ve got you covered. Below are some of the most popular Boulder beer purveyors, along with craft breweries for your hops-laden pleasure.

If you are in the mood for a sit down restaurant or pub with some Boulder beer, then the places below should be just your speed.

BJ’s Restaurant & Brewhouse – Even though it’s a national chain, and doesn’t have the best reviews, BJ’s still has a nice size following in Boulder. If you’re looking for a typical American sit-down restaurant that makes its own brew, then this is your spot. Maybe a good place to take the parents while in from out of town if they’re craving something more “chain restaurant.”

Boulder Beer Brewery – As Colorado’s first microbrewery, Boulder Beer has been supplying the thirsty of people of Boulder with craft beer since 1979. Since then, it has grown into a full-fledged restaurant and bar with abundant indoor and gorgeous outdoor patio seating. If it’s your first time there, make sure to try their famous Hazed & Infused and Buffalo Gold brews.

Bru – Located right in the heart of the “Brewmuda Triangle”, Bru has perfected the art of craft beer and food pairing. Not only do they brew their own beer, but they also have plenty of unique food options that pair together perfectly. If you’re up for a nice surprise, check out their Citrum IPA or Loch Wee Heavy Scotch Ale.

FATE Brewing Company – With handcrafted microbrews and chef-inspired eats, FATE is quickly becoming one of the most popular brewery/restaurants in Boulder. Not only can they brag about being the first brew-bistro in town, they have over 30 beers on tap and an extensive food menu that offers options for the whole family.

Mountain Sun Pub & Brewery – This is a true craft brew and restaurant staple here in Boulder. With two daily happy hours and friendly low-key vibes, you can see why Mountain Sun is one of the most popular places for the locals to enjoy some good food and local beer. If you happen to be in South Boulder, make sure to check out their sister restaurants, Southern Sun Pub & Brewery and Under the Sun Eatery and Taphouse. No matter which one you go to, just remember to bring cash since they don’t except credit cards. There’s ATM’s in the back if you forget!

West Flanders Brewing Company – Located right in the middle of Boulder’s Pearl Street Mall, West Flanders is a great place to have nice pint of craft beer and a bite to eat. It can get pretty crowded on the weekends, but that never stops people from dropping in and enjoying a delicious brew burger and a Trippel Lutz or Angry Monk with friends.

Even though most of the places listed below do have food, they offer more of a brewery-type atmosphere than their restaurant/pub counterparts like those listed above.

Asher Brewing Company – For those interested in sustainability and organic ingredients, Asher takes the cake. Their brewery and tasting room is 100% wind powered and their beer ingredients are USDA Certified Organic. For those who don’t care about any of that and just want to drink some good craft beer, try their Green Lantern Organic Kolsch and Tree Hugger Organic Amber.

Finkel & Garf Brewing Company – One of thew newest breweries here in Boulder that has settled well with the locals. They’re also one of the more fun and family-friendly places around that is filled with toys such as nok-hockey and table top bowling. But don’t be fooled by the games, their love of well crafted beer is unmistakable with classics such as the Rye Saison, Peach Wheat and Imperial Red.

J Wells Brewery – Is the smallest nanobrewery in Boulder. The owner, Jamie Wells, was strongly influenced by the IPA beers of the West Coast and the malty beers of England. J Wells also specializes in serving some standout IPA, Pale Ale, and British bitter craft beers.

Sanitas Brewing Co. – This growing brewery is quickly becoming a household name here in Boulder. They have a large 3-season outdoor patio and brewery tours are available upon request. Also, in an act of friendly competition and neighborly love, they recently teamed up with Boulder Beer Brewery to create a new and unique brew. Dubbed the Boulder Common, this new brew blends together original American style beer with modern India Pale Ale to create a great easy going beer.

Twisted Pine Brewing Company – Even though I would categorize Twisted Pine as more of a brewery than a restaurant, this place has enough craft beer and food for everyone. With beer names like Hoppy Boy IPA and Ghost Face Killah, it’s no wonder why Twisted Pine is a favorite with the locals. If you’re up for spice, grab a Billy’s Chilies (whoa).

Upslope Brewing Company – Orange can, anyone? Upslope has made a huge splash to the Boulder brewery scene since they first opened their doors in back in 2008. A splash so big, in fact, that they recently opened a huge new taproom in East Boulder in addition to their flagship North Boulder location. They hand craft all of their brews in small batches and is one of the only breweries that use true authentic Patagonian hops.

Vindication Brewing Co. – When the founders of a place bring 15 years of experience working at breweries such as Mountain Sun and Oskar Blues, you know you have a winner on your hands. When you stop by, make sure to check out their Freedom Stout and Momentum IPA. If you prefer a non-alcoholic option, try their famous Ginger Ale. Vindication was formerly known as Kettle and Stone.

Wild Woods Brewery – With wooden tables and tree branches as their décor, Wild Woods’s handcrafted beer is truly inspired by the outdoors. They’re a snappy small-batch local brewery with great tasting beer. Make sure to try their Ponderosa Porter and Smores Stout.

Boulder’s craft brewery scene continues to grow and offer more amazing beer options for craft beer lovers everywhere. Make sure to vote on your favorites and offer any new suggestions in comment section below. 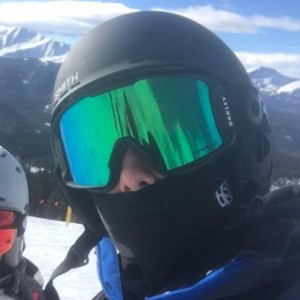