Boulder’s Bohemian Biergarten: A Bit Czech, German & Whatever Else 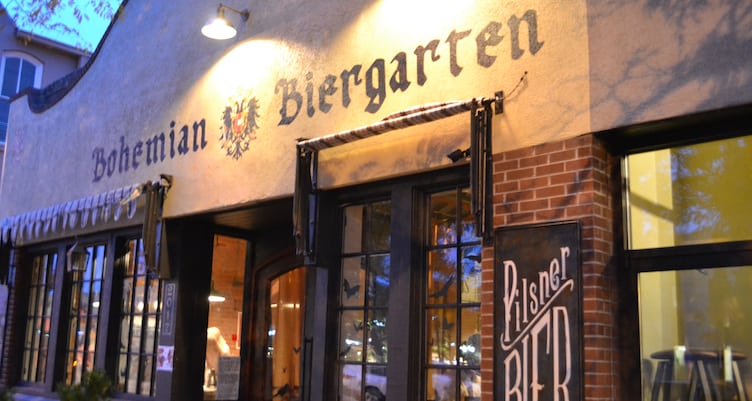 When I was an undergrad I studied abroad in Prague, Czech Republic for a semester. I went from not knowing where this tiny former Communist country was on a map to being obsessed with all things Cesky, especially culture around beer, or as they call it, “pivo.” So when I learned a few months back that an authentic Bohemian (region of the Czech Republic) beer garden was opening in Boulder, I was excited to say the least.

Let’s start off by saying that from someone who’s never been to Prague (or anywhere in Central Europe for that matter), Boulder’s Bohemian Biergarten has all of the features associated with a good natured, boisterous watering hole. The sharp dressed staff do their best to keep orders moving at a quick pace as both the front and back rooms fill up quickly after 5PM. There is seemingly endless, bench family-style seating throughout two huge rooms with a stage for music and comedy in the back room. The food tastes good, the music is loud and entertaining and everything has a distinct European feel.

I came to the Bohemian Biergarten with expectations of what my memory served me from when I was a younger man whooping it up overseas. What I got was a distinct mix of German and Czech culture and food. When Americans think of big, rowdy beer festivals in Europe, they probably think of Oktoberfest in Germany, not the Pilsner Urquel factory in Pilsen, Czech Republic. That’s fine, I get it. Give the people what they want.

The mix of Czech, German, and American beers on tap and in bottles is significant. From Pilsner Urquel, to Staropramen, you’ll find most of the major Czech beer producer represented here. You’ll also find a very large selection of German beers, which I frankly know very little about. I’m a Pilsner guy. However, the Prost Dunkel, a Denver based beer styled like a cerny (black) Czech beer is absolutely delicious and I’ll often get that instead of my preferred Czech Pilsners when I’m wanting something different.

The food scene at Boulder’s Bohemia Biergarten is decidedly porky and fabulous. The array of grilled sausages are served just like you’d get them from a sausage stand right in St. Wencelsas Square, with a slice of bread, and a pile of sauerkraut waiting to be drenched in the mustard of your choice from a rotating condiment stand on each table. You might even see a whole pig on a rotating spit in the corner of the back room, right out in the open where everyone sits. It’s pretty primal and adds to their ambiance.

After a few litres of beer (yes, they serve liters), I frankly stop caring about the mixed metaphors my brain is interpreting of Czech and German culture and its entirely easy to just get lost in the good, homey mood that is pervasive throughout Bohemia Biergarten. It’s the closest I can get right now to enjoying a shot of Becherovka on a cold Prague night in old town square and I can still get excited about that any day of the week.

Happy Hour is 3:00-6:30PM daily and it’s highly advisable to get there early as it does fill up right about the time when the Boulder folks get out of work. 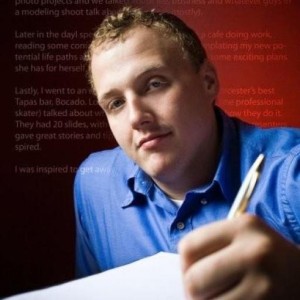 James is a relative Boulder newbie, moving here in 2010 instead of moving to Asia on a multi-year adventure. Currently he is the marketing guy at a Boulder startup, on the board of a life sciences startup and enjoys writing on niche subjects including Brazilian jiu jitsu, hunting and sailing. Tweet with him @jrmoreau.

James is a relative Boulder newbie, moving here in 2010 instead of moving to Asia on a multi-year adventure. Currently he is the marketing guy at a Boulder startup, on the board of a life sciences startup and enjoys writing on niche subjects including Brazilian jiu jitsu, hunting and sailing. Tweet with him @jrmoreau.