Boulder’s Crossfit community is small but growing. If you hang around any of Boulder’s coffee places long enough and you’ll probably hear talk of the shop and the WOD. Tough-looking women and men can be found discussing their Diane times and back squat PRs.

These same people will espouse the virtues of a Paleo diet, chalking up your hands and tracking workout progress. Fear not. These folks are just local Crossfitters and they represent some of Boulder’s newest cult members.

Like any cult, you probably shouldn’t talk to any of these people directly. And definitely don’t make eye contact.

Instead, attempt to eavesdrop on what they’re discussing and if you deem them totally crazy, decide if an intervention is in order. But if you like some of what you’re hearing, perhaps it’s time to check out Crossfit. It’s sweeping the Front Range, with 5 shops soon to be open in Boulder, and as the kids say, Crossfit is blowing up.

What is it exactly? Crossfit is a constantly-varied exercise regime that incorporates elements from gymnastics, Olympic weightlifting, functional body-weight movements and interval training to create a workout that kicks butt in sometimes as little as ten minutes. Each Crossfit class (or WOD for Workout of the Day) is an hour long and includes a warm-up and cool-down. The class is led by a coach who also helps with specific skill review before getting into the actual WOD.

Crossfit emphasizes that the training you do in the shop is getting you ready for whatever life throws your way. Whether you’re a biker, a hiker, a runner or the parent of a toddler, you never know what sort of crazy athletic maneuvers you’re going to have to make.

It’s much better to have a solid core and base fitness level (or prescription drugs) to handle anything you need. Crossfit is training for life and as Roots, Boulder’s oldest shop, puts it in their tag line, it’s “a return to the heart of athleticism.” It’s also a kickass workout. But don’t listen to me…the Kool-aid may already have taken effect.

Want to know where to score a Boulder Crossfit class? Here’s the current listing of local studios (as of April 2013).

Flatirons Crossfit (between Foothills and 30th on Walnut)

Crossfit Sanitas (on Arapahoe between 30th and 28th) 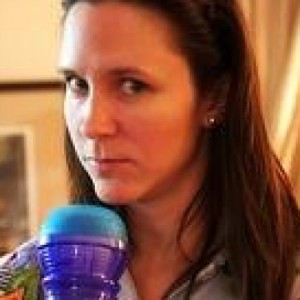