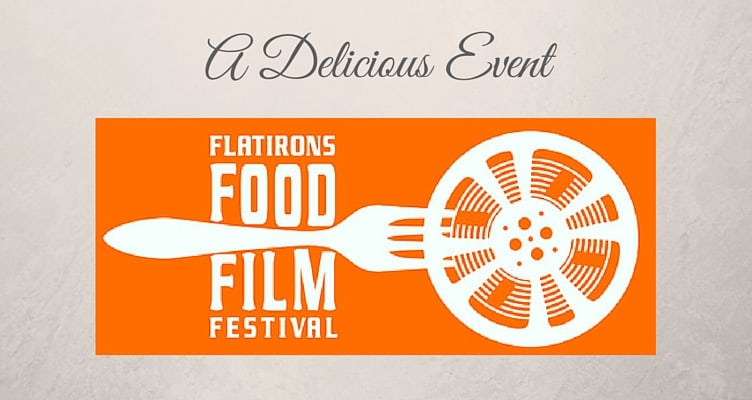 A true Boulderite’s love of food is not simply limited to what is instantly gratifying and drool-inducing on the surface.

Here in Boulder, the majority of the population cares about food at its core, from an ingredient’s health qualities and the culture behind a dish, to its wild variety, its quality, and the artfulness and creativity with which it was cooked and crafted. The third annual Flatirons Food Film Festival, happening from October 19th – 25th here in Boulder, is the perfect marriage of this love of culinary creativity and the pure pleasure of experiencing delectable food. This six-day event, with the goal of being an overall rich experience for attendees, promises to be a fun and engaging event for participants of any palate.

The Flatirons Food Film Festival is the brainchild of Julia Joun, the festival’s Director and original creator. Just as a Boulderite’s love of food is multifaceted, the aim of this event is to be a complete experience for attendees.

For Joun, the Flatirons Food Film Festival is not just about watching documentaries and being entertained by them for a couple of hours. Instead, Joun has created a festival that allows people to take part in an immersive experience and engage with the content more fully. This encompassing vision for the festival can be traced back to the event’s roots before it began in 2013. Joun, who was involved with the International Film Series at the University of Colorado Boulder, continuously attended events such as the Telluride Film Festival, and she wondered what was stopping Boulder from hosting a similar event that would be both enlightening and fun for the local community. Given Boulder’s appetite for creative and diverse food, she decided to pursue the creation of this festival in hopes that, if she rang the proverbial dinner bell, Boulderites would flock her way.

“This year is almost a little over the top,” said Joun. From an expanded scope of venues to online ticketing being available to the public for the first time in the festival’s history, this year’s robust event embodies Joun’s vision for an extremely varied, layered, and immersive experience for participants.

The film line-up for this year’s festival is extremely diverse, as Joun describes it, both in format and subject matter. For those looking for entertainment and a classic Saturday night popcorn movie, you will be entertained. For those looking for political discourse and discussion on food-related topics, you will be stimulated and satisfied. This year’s festival will feature a healthy and strong mix of the lighthearted, the impactful, and the compelling, from short films to documentaries to narratives.

On October 19th, attendees can learn about food from the roots up by viewing Symphony of the Soil, a documentary highlighting the importance of soil in the basic sustenance of life. On October 22nd, they can enjoy East Side Sushi, a dramedy about a single Latin mother fighting against discrimination in her plight to become a sushi chef. On October 24th, get ready to crave your favorite deli counter dish (I’ll be daydreaming of a bacon, egg, and cheese, on a New York bagel,) as you watch Deli Man and learn about the Jewish culture, their famous dishes, and their pride in their history of American Jewish delis. This is a mere sampling of the very diverse list of films that will be screened throughout the festival.

Speakers, chefs, and well-known food-world names will introduce each film in the line-up, and events to complement the film screenings range from an evening of short film documentaries to a fermented food fair to panel discussions to a Downtown Boulder Sushi Crawl. You won’t simply sit back and watch Farang – The Story of Chef Andy Ricker; you will meet Ricker himself. You won’t be left hopelessly salivating over the story of Ricker’s thriving restaurant business; you will actually get to sample his Pok Pok-style wings. There are human interest stories, there are educational films, there are book signings, there are tastings, and more. Attendees will savor a fully immersive food experience and be treated to delightful sensory overload throughout the festival.

“Food really does touch everything,” said Joun, “and affects all people’s lives.”

Food is a common thread that people of all cultures, ethnicities, and backgrounds, can find common ground with. The Flatirons Food Film Festival this year will celebrate food’s diversity, importance, creativity, and impact, all while being a fun, delicious event.

A full listing of film screenings, events, and venues, can be found on the Flatirons Food Film Festival website, and community members are encouraged to be even more involved in the festival by volunteering or donating. You can also stay updated on information and news about the festival on Facebook, Twitter, and Instagram.