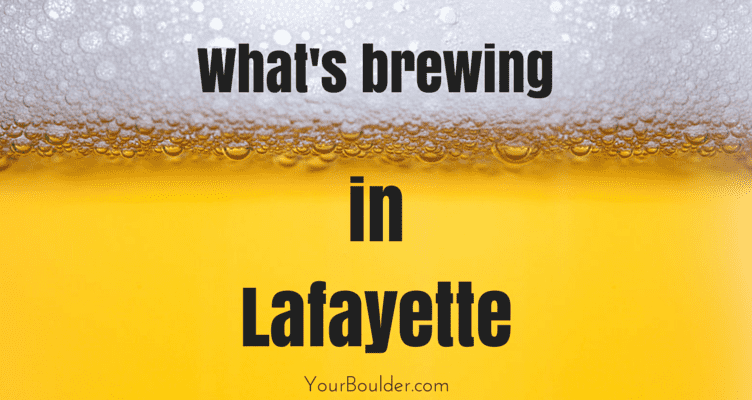 Lafayette is quite the Colorado beer destination with four notable breweries in the town. And while they all serve good beer, each brewery has a little something unique to offer. If you haven’t had a chance to sample the best brews coming out of Lafayette, here’s a handy guide to get you started. Honestly, it’s the neighborly thing to do!

Enjoy bold American beers and Belgian style ales at this lively Lafayette brewery. Each beer has the name of a character that comes with a colorful story, some which are actually inspired by people owners Ryan Scott and Kristin Scott know. You’ll find Eric the Red, a Red IPA; Doctor Cougar, a Petite Saison; and Big Jim, a Belgian Quad/Dark Strong Ale, among many more that are always changing. Regardless of your go-to style, you’ll find a well-made beer to please your palatte. “The variety is important to us because we want anyone that walks in the door to be able to find something that is right for them,” says Lance Lagerquist, Tap Room Manager. It’s clear that they take their beer seriously, with the title of Best Brewery in East Boulder County. But it’s definitely a fun atmosphere with trivia, foosball, pinball, and arcade games. While they don’t serve food, but they have food trucks every day, they also have food trucks pulling right into the beer garden. They have everything from Vegetarian, BBQ, and amped up grilled cheese sandwiches. You’re also welcome to order food or bring some in if you’d prefer. (Odd13 Brewing, 301 E. Simpson St., 303-997-4164)

Brewmaster Bryan Selders created the beers at Post Brewing with their awesome comfort food in mind. Executive Chef Brett Smith and Selders inspire each other through the beer and food making process. Come hungry for the all natural, humanely-raised chicken. Besides the crispy fried chicken that is the star of the show, there are many more decadent options, like a roast beef sandwich with horseradish sauce, green chile mac and cheese, and buttermilk waffles with maple pumpkin seed butter. Side and appetizers include Southern staples such as creamy grits, mashed potatoes and gravy, buttermilk cheddar biscuits, and a warm pimento goat cheese from Haystack Goat Cheese. Wash that goodness down with “easy-drinking” beers, like the Right Side Amber, Cul-De-Sac Oatmeal Stout, Baseline Ultra IPA, and the Howdy Beer All-American Pilsner, which won Silver Medal at Great American Beer Festival 2014. They also have nightly specials, like Chicken Parmesan on Mondays and Prime Rib on Thursdays. Save room for classic, homemade pies. (The Post Brewing Co., 105 W. Emma St., 303-593-2066)

This local brewpub is serving award-winning beers, like the Homesteader Farmhouse Ale, which took a Bronze Medal in the Denver International Beer Competition and in the U.S. Open Beer Championship in 2014. And with a tap list that includes Trhopical (yes, we checked our spelling) Illusion IPA, Highlander Imperial Milk Stout, and Bison Peak Brown Ale, it’s clear that you’ll find a variety of styles to suit your beer drinking needs. Just as versatile as the beer list are Front Range’s food options. Order food from neighboring Bistro 503, which has an eclectic menu ranging from a Prime Rib Sandwich or Turkey Panini to Pad Thai. And options don’t end there. Lunada Eatery & Cantina offers food perfect bar staples for sharing like chips and salsa or guacamole, smoked chicken wings, and nachos. For more of a meal option, opt for a burger, chicken tenders, or a smoked BBQ sandwhich with a chipotle BBQ sauce and slaw. If great food and beer wasn’t enough to get you there, maybe the live music, bluegrass jams, and always entertaining Geeks Who Drink will be. (Front Range Brewing Company, 400 W. South Boulder Rd., Suite 1650, 303-339-0767)

While they describe themselves as “small, but mighty,” they don’t believe in cutting corners to brew good beer. Their motto is evident with their classics — Colorado Red Ale, Kolsch, Peach Saison, and an American IPA with flavors of tangerine and tropical fruit. Catch their seasonal brews when you can, like the Blackberry Sour, that’s a good balance of sour and sweet fruitiness. You might also be lucky enough to enjoy one of their beers on Nitro. For example, this month they’re offering a Dry Irish Stout. While they don’t serve food, you’ll find a variety of food trucks stopping by regularly. Chow Down, Shopey’s Sandwiches, Verde, Bodacious Eats, Knock on Wood, Suburban Wiener, and Burger Radio are just a handful of trucks pulling up curbside. If you’re open to when you’re going to check it out, consider opting for a lively Friday or Saturday night to catch some talented live music acts while you enjoy your brew. (Liquid Mechanics Brewing, 297 U.S. 287, 720-550-7813) 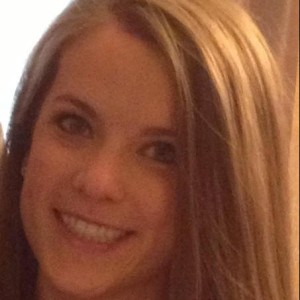 Kristen Kuchar is a writer, editor, and social media professional that is lucky enough to cover her greatest passions – food, craft beer, and travel. She is the author of the cookbook, Mac n’ Cheese to the Rescue. The Chicago native fell in love with beautiful Colorado during a road trip through 30 US states. When she’s not cooking, drinking, or learning more about food, you can find her hiking, reading, volunteering, enjoying the outdoors, or finding an adventure in Colorado. Follow her on Twitter at @KristenKuchar.

Kristen Kuchar is a writer, editor, and social media professional that is lucky enough to cover her greatest passions – food, craft beer, and travel. She is the author of the cookbook, Mac n’ Cheese to the Rescue. The Chicago native fell in love with beautiful Colorado during a road trip through 30 US states. When she’s not cooking, drinking, or learning more about food, you can find her hiking, reading, volunteering, enjoying the outdoors, or finding an adventure in Colorado. Follow her on Twitter at @KristenKuchar.