One hundred years ago vegetarian restaurants weren’t as popular as they are today.  In fact, people who were vegetarian then were made fun of and called “grazers” according to Wikipedia, but what we wonder most is how they used that word in a sentence way back in the day?

In Boulder, it’s a well-known fact that we have more than one vegetarian restaurant for “grazers” to frequent and it’s totally an acceptable thing to do, too, here in 2019, at the time of this writing.

Have you ever tried Leaf Vegetarian Restaurant?

Well, we did.  It’s down over on the East Side of Pearl and sits directly across from Two Sole Sisters Boutique and The Laughing Goat Café at 1710 Pearl St.

The restaurant is run by Three Leaf Concepts and they created Three Leaf Farm down the road in Lafayette, Colorado to provide organic harvested ingredients to their restaurants.  Maybe you’ve heard of them; the Boulder Dushanbe Teahouse, the Chautauqua Dining Hall and then the Huckleberry and Zucca Italian Restaurant in Louisville, Colorado.

We showed up on a Saturday night for dinner at Leaf and discovered one of our favorite foods on the menu… Mushrooms!  Mushrooms are basically defined as fungus growing out of the ground and at Leaf it seems they love fungus.

The entrée we ordered that night was Mushrooms of the Sea. It was Campanella pasta, oyster & trumpet mushrooms, dulse seaweed cream (is this the reason this dish is named after the sea?), heirloom cherry tomatoes, and pecorino, which is a cheese that tastes like parmesan or Romano to us.

We could not taste the seaweed, but this pasta dish was creamy with the mushrooms being the best part, all soft and tender upon biting into them.

Their dessert menu listed a crisp, a dark chocolate pudding, Boulder’s own Glacier vegan ice cream and a carrot cake.

We ended up ordering the vegan cheesecake and it was made with coffee cream.  There were pecans and a few blue and red raspberries scattered around the plate and over the slice.  The crust “took the cake” and we were told by our waitress it was made with dates and nuts. Yum!

You should know they also serve after dinner drinks, like the Naughty Chai for $8.50, which is house-made coffee liquor and Dushanbe Tea House chai.

Give me a beet

Did you know you can get sugar out of some beets?  Basically there’s a myriad of vegan beet recipes online and we read them, about how you can boil some beets, strain them and even squeeze the water out of them, collect it and then wait for this “sugar water” to crystalize, which turns into beet sugar.  You see, what we really wanted to order for dessert that night at Leaf was the Red Velvet Beet Cake, but they were out of it, so it must’ve been good!

Checking out the rest of Leaf’s menu

Are you looking for vegan = v, gluten free = gf, and vegan option = vo options?  Well, Leaf Restaurant has got all these bases covered!

On the menu we liked reading about their gluten-free Goat Cheese Polenta for $16 with spring peas, portobello, vegan sausage and fresh herbs. The Udon Noodles for $17 also looked like a good dish with mushroom & kombu broth, Szechuan vegetables, oyster mushrooms, crispy tofu, and sesame seeds.  They also had a Jamaican Jerk Tempeh, a Jackfruit Enchilada, and a Korean Veggie BBQ for anyone hungry for a tasty fake meat replacement.

They also have “small plates” like the Calamari Style Oyster Mushrooms with sesame seeds and sweet and spicy dipping sauce.  The Spatzle, which is avocado pesto, portobello, roasted fennel, pecans or the Avacado Tartare, which is marinated mushrooms, avocado, endive, pico de gallo.

The Three Leaf Farm is located at the corner of Highway 287 and South Public Road in Lafayette, Colorado and this is where Leaf Restaurant gets its ingredients, but during the year you should know the farm has a series of classes and workshops where one can learn about natural living.

A popular excursion they offer are “herb walks” where you can learn about medicinal plants and even learn about the herbal medicine found by the use of tea.  One class they offer during the year we found that sounded interesting is called “Stories of the Forest: Myth & Mystery of the Trees.”

The farm also holds special farm-to-table dinners; one in the summer called “Summer’s Bounty” and then one in the fall, in September, called “Harvest.”

The farm also puts on the Botanica Festival, a rain or shine event, which according to their website is “an ethnobotanical celebration of the plant world.”  It will be held June 19th  through the 21st in the year 2020.  Attendees will experience workshops learning about “art, medicine, food, culture, ritual, spirituality, and survival.”

What else is there to know about Leaf vegetarian restaurant?

Visit the website and check out Leaf Vegetarian Restaurant for yourself @ https://www.leafvegetarianrestaurant.com. Tag the friends you’d like to see go vegan this year! 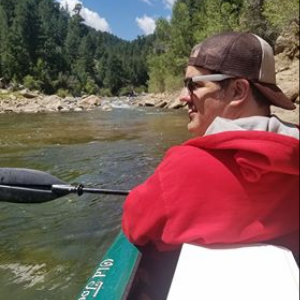 Sign up for our FREE weekly email with Boulder’s best events, concerts, happy hour deals, comedy shows and more. Delivered to your inbox every Friday!
PrevPreviousTop 5 Places to Study in Boulder
NextThe 6 Best Places to Dance the Night Away in BoulderNext 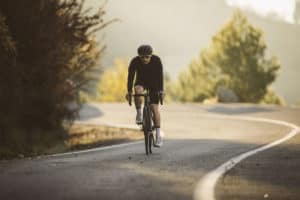