Rise of the Republic: The Early Days 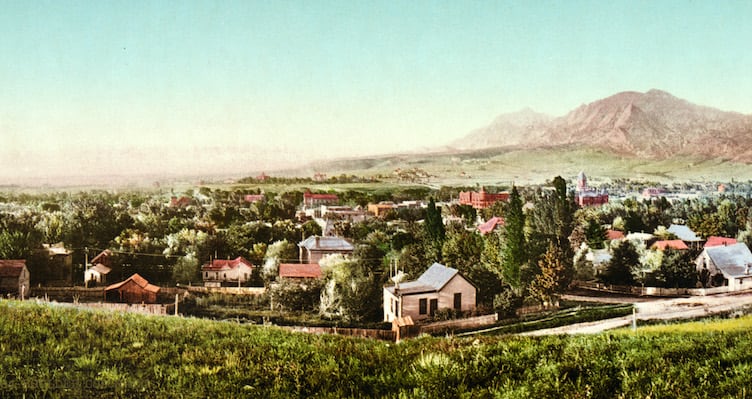 The People’s Republic of Boulder. As I’m sure you’re well aware, this city wasn’t always tech startups and coworking spaces. In fact, Boulder is over 150 years old and its history is just as fascinating as any other story you may hear while posted up at your favorite microbrewery.

Both my parents and I grew up in Boulder. I went to Fairview High School, had some of the same teachers as my mom did, and I graduated from the University of Colorado, Boulder, as did both of my parents. What fascinates me about the history of Boulder is how much it’s grown, especially in the last 70 years. The Boulder my parents grew up in was not the same Boulder I grew up in, which is not the same Boulder that you’re living in now. It’s a constantly evolving town. So join me, won’t you, as I cover the rise of Boulder, from its humble beginnings and initial population of 324 townsfolk to the city it is today.

The 19th Century: In Which We Find Gold and Build Schools

Boulder got its start the same way that most towns in the West did: people were convinced there was gold in them thar hills. A settlement formed in 1858 called Boulder City (spoiler alert: we dropped the “city” once we actually became an official city in 1871) and, lo and behold, settlers did find gold at Gold Run, what you now know as the small town of Gold Hill.

Now, what I’m about to tell you about real estate in the early days is going to make you a little queasy considering what a one bedroom apartment goes for these days, so brace yourself. The first lots divvied up along Boulder Creek were split between 60 people and they sold for $1,000 apiece. Adjusted for inflation, that’s about $26,600.

In 1862, with the Homestead Act, anyone who was over 21 could claim 160 acres in Boulder and, once they cultivated the land for 5 years, the land was theirs to own after a nominal filing fee. Could you imagine getting what now costs upwards of a couple million now for a filing fee? It makes a girl want to get back into that little time machine side project.

Now, I know, it wasn’t like times were easy back then. There was no electricity, modern plumbing or Home Depot, so things were rough for the Boulder City settlers.

But you know what they did have despite the lack of settled land and a Trader Joes? They had schools. In fact, the first schoolhouse opened in 1860 on the corner of 14th and Walnut and it remained the schoolhouse for 112 years until 1972 when the town finally outgrew it. Some of those kids must have been getting older, because Boulder High School was established in 1875 and was the first high school in Colorado to graduate a class in 1876. Some of you may be attending the graduation of the class of 2016 in a few short weeks. Try not to make a mess when your mind explodes after realizing that 140 other classes of seniors have graduated from the same school in nearly the same location.

Of course, once you graduate a high school class, they need somewhere to go, so in 1877, the University of Colorado opened its doors to students. In the decade to follow, CU would establish their medical and law schools before the century ended.

Schools weren’t the only organizations putting down roots in Boulder to establish a legacy for years to come. In 1891, Frederick P. Johnson and Bert Bell, established the town’s first newspaper called the Boulder Camera. While this might be vaguely familiar, once you learn that they changed the name that same year to the Boulder Daily Camera, my guess is that you’ll quickly figure out that, yes, this is the same newspaper that we simply call the Daily Camera today.

The early years in Boulder were good ones. Sure, they were tough, but pretty much the entire western half of the country was tough at this point. However in 1894, things got a little tougher for the citizens of Boulder, Colorado.

Remember that flood we had a few years ago? The one referred to as a 100-year flood? Yeah, the last 100-year flood in Boulder was in 1894 and it decimated what little town had formed thus far. The floodwaters covered most of the town, inundating the area from Walnut Street to Arapahoe and from 9th Street to the city limits in the east. 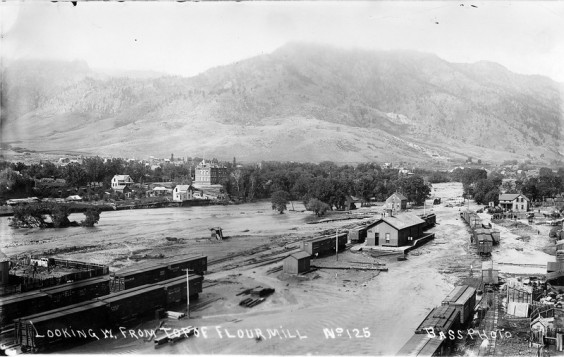 Thankfully for us, the town started to rebuild almost immediately. While arduous, some pretty great new buildings were constructed over the soggy remains of the city.

Around this time, Chautauquas—an adult education movement that swept across the United States—were highly popular and brought entertainment and culture for the whole community, with speakers, teachers, musicians, entertainers, preachers and specialists of the day. As a response to this movement, in 1898, the Chautauqua Auditorium opened its doors.

Well, we’ve reached the turn of the century so it’s time to end this article with the promise of more to come in the future.

Seriously, I don’t think I could live with myself if I didn’t get to tell you what the first speed limit was in Boulder.

Sign up for our FREE weekly email with Boulder’s best events, concerts, happy hour deals, comedy shows and more. Delivered to your inbox every Friday!
PrevPrevious5 Olympians You Just Might See on Boulder Trails This Summer
NextTart & Tangy Takeover: Rhubarb Season in BoulderNext