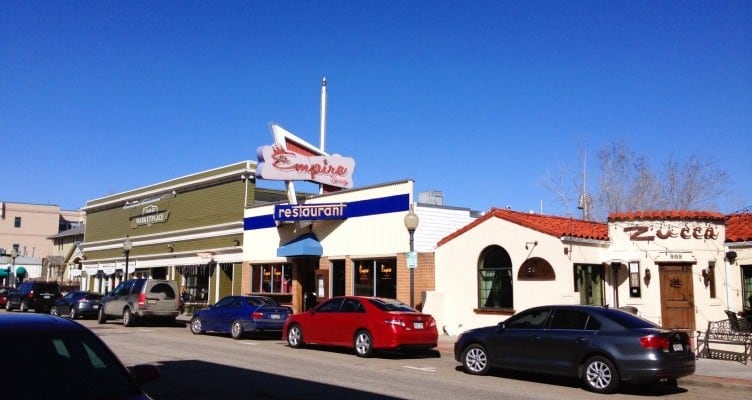 Just a ten minute drive from Boulder proper, is a little town that’s been rated America’s Best Place to Live by CNN Money for two of the last three years; last year they placed second. In fact, they aren’t the only major site to be singing this historic mining town’s praises. Louisville has received an abundance of accolades in the past five years. If you think you know Louisville as a sleepy little suburb of Boulder, think again.

Old Town Louisville, or Historic Louisville, on Main Street has a bustling retail and restaurant scene and if you haven’t been yet, I encourage you to hop in your car or take the Dash and spend a day in Downtown Louisville. You’ll barely have to walk more than six blocks the entire day, but you won’t be at a shortage for sights worth seeing.

For some delicious morning sustenance and a healthy dose of caffeine, head to Bittersweet; their pastries and coffee will bring you into the land of the living. For a slightly more formal (but not too formal) breakfast or brunch, grab a table at The Huckleberry. If you’d like a little booze with your brunch, head over to the Waterloo, which is a restaurant and hopping bar by night, but offers some tasty mimosas and bloody marys on the weekends.

Right on Main Street, there’s a little brewery tucked in between a few restaurants. 12 Degrees Brewing, which specializes in Belgian-inspired ales. They also have some fantastic guest taps for other Belgians, Saisons and Sours from around the country. 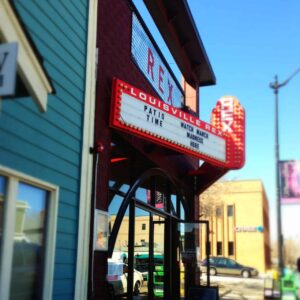 For lunch, there are several tummy-pleasing options (many of which also serve dinner, so you can go at any point during the day), including the Louisville Rex, with its iconic marquis sign or LuLu’s and La Rev with a gloriously large shared patio for spring and summer sunning. If you’re feeling more like some Chinese or Vietnamese, Double Happy ought to do the trick. For a sweet treat, stop into Sweet Cow ice cream and lounge on their astro turf patio.

If you’ve got money burning a hole in your pocket, there are a couple of places to spend it in Old Town Louisville. The Book Cellar, The Singing Cook and Wildwood Guitars (which Premiere Guitar ranked as one of the 20 best guitar stores in the U.S.) all offer specialty goods that will have you browsing for hours. If you’re looking for some ladies’ fashion, look no further than Switch or Eleanor on opposite ends of the predefined boundary.

If you’re in the market for some quirky home décor finds, check out Little Horse, a cute little nook that sells used books, vinyl, and décor.  For more traditional style, check out The Fuzzy Antler. If you’re looking for small gifts or cards, check out Assorted Goods & Candy or Old Friends, which are located right next to each other on Front Street.

Feeling tense? Visit the Seagrape Day Spa on Main Street for a massage or mani/pedi. If you’d rather spend some quiet time alone with books, the Louisville Public Library is a wonderful place to spend a few hours in peace.

You’ve probably worked up an appetite after all that shopping, but not to worry, there are plenty of options literally right around the corner. Fond of fondue? Have dinner at The Melting Pot. For Italian cuisine, get a table at Zucca. If you’re in the mood for some mouth-watering American fare, try The Empire (you can’t miss the sign) or Lucky Pie.

If the night is still young and you’re not ready to call it a night, La Rev, Waterloo, the Rex and Lucky Pie are all open until 10 and offer a vast selection of beer, wine and cocktails. If it’s after 10, there’s one destination on this strip: Henry’s. The quintessential dive bar, Henry’s keeps the lights up and the drinks strong. Head over to play a game of pool or darts.

As I stated before, this is all within two square blocks of Downtown Louisville. There are far more highly rated restaurants, bars, and stores outside of this area, but still all within walking distance.

Louisville is definitely a family town (as evidenced by most places shutting down at 10 pm), but the young families that have moved there over the past five years or so have injected a fun, playful vibe around town that caters to parents of young children who aren’t quite ready to settle down yet, making it an appealing place for folks without children as well.

Sign up for our FREE weekly email with Boulder’s best events, concerts, happy hour deals, comedy shows and more. Delivered to your inbox every Friday!
PrevPreviousUltimate Boulder Beer and Craft Brewery Guide
NextTaking the Bus in Boulder: A Guide to RTDNext