Washington Village: A Cohousing Community in the Heart of Boulder

Are you familiar with the concept of cohousing? It may seem a bit on the hippy side, but don’t worry – it’s not about forgoing personal property rights in favor of communal living.

Cohousing communities are planned neighborhoods that bring together private home ownership with sustainable living and an enhanced sense of community. The concept originated in Denmark in the 1960s and has slowly made inroads here in the Unites States and Colorado.

One way this intentional community happens is via contextually integrated common facilities that keep you connected to the neighbors. Residents actively participate in the design and operation of their own neighborhoods.

Jim Leach, president of Wonderland Hill Development Company, has been focusing on designing and building 21 of these communities for the last 20 years (primarily in Colorado and Boulder specifically), and lives in one himself with his wife. Leach has been working the last seven years to convert the former site of Washington Elementary School in Boulder into cohousing, while also preserving the century old schoolhouse that closed in 2003.

At first the project was met with opposition by the surrounding homeowners. Eventually the sentiment warmed, especially after Leach revised the original plan to take into account the concerns of the neighbors.

An emphasis on community and sustainability

The central point at Boulder’s Washington Village will be the common house, a 2,647 square foot shared space featuring a gourmet kitchen, community dining, and living rooms suitable for gatherings. There’s also a large patio, a central courtyard and garden, and even a guest room if residents have friends or family who need a place to crash.

The community is also highly geared toward sustainability. In addition to preserving the historic school structure, homes at Washington Village are designed for efficiency and in line with the latest green building standards.

A mix of housing types and levels of affordability

Washington Village will eventually be a collection of 33 new homes. The mix includes lofts, flats, carriage homes, and six single-family homes assembled on the 13th Street side of the property adjacent to a planned park.

The property is being developed in two phases, with the carriage and single-family residences coming first. The homes facing Broadway and the residence clusters named Elm and Maple will come in Phase Two.

Washington Village will feature 10 affordable homes, with the rest going at market rates. Prices range from the mid $80s to $1.5 million.

While many prime units have been sold or reserved, plenty of enticing options remain. Check out the Washington Village website for the latest details. 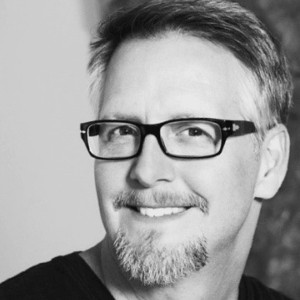 Brian Clark is the founder of Your Boulder and a serial entrepreneur. He tends to spend too much time on Twitter.

Brian Clark is the founder of Your Boulder and a serial entrepreneur. He tends to spend too much time on Twitter.

Sign up for our FREE weekly email with Boulder’s best events, concerts, happy hour deals, comedy shows and more. Delivered to your inbox every Friday!
PrevPreviousTwo New Home Communities in Boulder That You Might Not Know About
NextQuirky Boulder Real Estate FactsNext