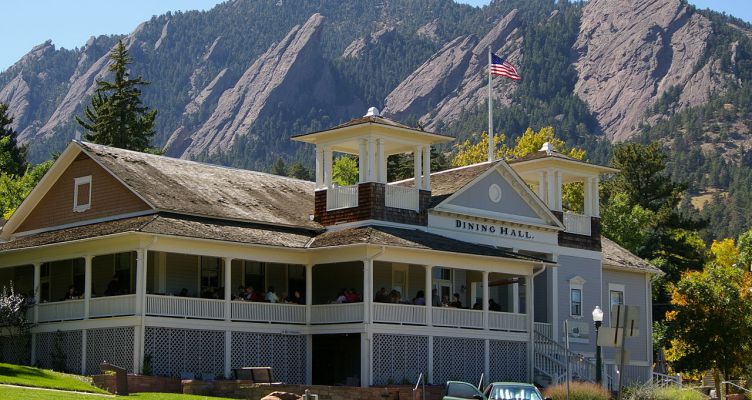 Chautauqua Park has long held a special place in my heart. In high school, my besties and I would buy some ice cream, hike a way up the trail at dusk and talk about high school related feelings. Later, it became a favorite place for me to take visitors for an easy hike followed by a drive up Flagstaff to show off the Boulder splendor. I even saw my dad play a concert there one night!

Chautauqua Park has meant a lot of things to me over the years, especially during the summer, when there’s so much more to do than just hike (even though that’s pretty great too). Here are just a few of the amazing things you could be doing at Chautauqua this summer.

You like hiking, you like theater, but have you ever done both at the same time!? This performance, recounting Odysseus’s journey home, takes place along the Mesa Trail with various “stages” set along the way. Both the audience and actors meet at the picnic shelter and then set off on their journey. The audience is encouraged to bring their own chairs, sunscreen, water, and hats on this 2-mile hike/performance.

Also, book soon! June is already sold out. They keep the numbers for each play relatively low, so the performances sell out quickly.

This isn’t an official event that you’ll see on the calendar, but Chautauqua is THE place to be for watching the fireworks on the Fourth. Plus, it’s the perfect picnic place for fun in the sun before it sets and the real show starts.

A word to the wise: a lot of other people love this place for the Fourth too so either come early or plan on taking public transportation. Parking in that area is a beast.

OK, so that’s not the official name of the series. It doesn’t seem to have one, but that’s what this is. Every Wednesday at the Chautauqua Auditorium, they show black and white movies from the 1920s and 30s. From The Three Musketeers to Charlie Chaplin and the Scarlet Letter to Sherlock Holmes, film buffs can get their fill of the vintage stuff.

You read that right, for 2 days in August adults and kids alike can come and watch Edwina the Great and Her Amazing Traveling Flea Circus perform feats of fantasy at the Community House. This show appeals to so many parts of my psyche: the kid in an adult body, the adult with kids, and the aging hipster who likes quirky shows.

Pick your performance or just swing down any day of the week. I promise, Chautauqua never disappoints during the summer.

Sign up for our FREE weekly email with Boulder’s best events, concerts, happy hour deals, comedy shows and more. Delivered to your inbox every Friday!
PrevPreviousColorado Music Festival: What’s On Tap for 2017 at Boulder’s Chautauqua
NextBeat the Heat with Frozen Treats in BoulderNext