Best Mexican Food in Boulder: Where To Get The Best Tacos, Burritos and Margarita 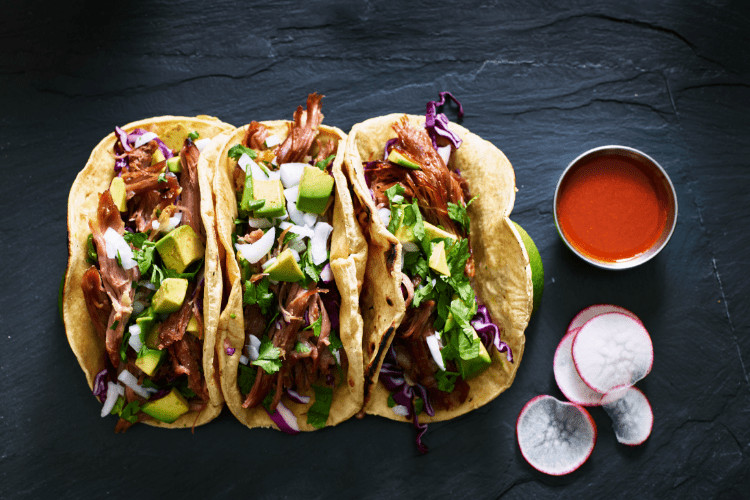 Colorado boasting the robust Hispanic population that we do, it should come as no surprise that a large part of Boulder’s culinary culture is rooted in the Mexican (and surrounding Tex Mex and Southwestern and other family recipe) foods that orbit them. This article is out to find the best Mexican food in Boulder!

Colorado is known for its love of green chile (it was even made into a meme at one point), but there’s so very much more to the broad range of culinary delights sweepingly labeled “Mexican” food than just that (though that is darn good, don’t get me wrong).

Boulder county itself is the happy home to myriads of excellent restaurants you could call Mexican food, more delicious and award winning selections that I could possibly list here. So I’ve compiled what I (and lots of reviews and votes from hundreds of Boulderites) think is the top 5 of all the places to get Mexican food in Boulder. As always, if I’ve left your favorite out, do shout them out in the comments.

Just go to Efrain’s website real quick and look at how many years they’ve won “best Mexican restaurant in Boulder” in the coveted Best of Boulder awards. Go ahead, I’ll wait.

Boulder has spoken: Efrain’s is far and away the best place to get Mexican food in Boulder county. They’ve won the Best Of Boulder’s gold medal (that’s first place best) for Mexican restaurant almost every year since the Best of Boulder awards first started. What’s special about Efrain’s is the authenticity, which comes with family tradition, of its food: Fresh ingredients, special care, and love for food which comes from Efrain’s mom (“the best cook in the world, I think”). Boulder agrees with you, Efrain.

Oh and? They won this year’s silver medal for best margarita. So if you’re looking for a beverage to wash down the bar-none food at Efrain’s, equal to how good the food is? You’re covered.

Bartaco is quickly gaining a rep as having some of the best mexican food Boulder. Bartaco is recognized for their tacos in particular, but its whole menu too. For a long while, T/aco was winning Best Taco of Boulder right and left (and still is), but bartaco has erupted onto the Boulder culinary scene with aplomb, a stellar menu, and undeniably amazing cuisine.

They won this year’s Best of Boulder bronze award for best taco, and it’s easy to see why: just one look at the taco menu’s ingredients, and you can see how spectacular and unusual bartaco is. Plus, they have one of the most extensive kids’ menus around, which is refreshing for a Mexican restaurant.

It’s not just beans wrapped in a tortilla for Boulder’s bartaco kid diners, no: corn pinwheels, quesdillas with all the fixins, and more are there for your kid companions as you sample the spicier exotic fare that makes bartaco what it is.

Tahona Tequila Bistro is unique for that very thing—they’re a *tequila bistro.* this means that they serve up delectable bistro style Mexican bites (their relleños are scrumptious), and a wide array of all things tequila.

They’ve got everything you need out of excellent Mexican cuisine, including desserts and even weekend brunches! Their frequent (and sometimes hours-long) happy hours are a fantastic way to get to know the spectrum of tequilas Tehona has available (which is a LOT), and late nights? They’ve got one of the best places to go dancing/nightclubbing that Boulder has to offer. They won this year’s Best Of Boulder bronze for best Boulder places to dance, after all. Win, win and win. And yum.

T/aco has been Boulder’s first go-to for tacos built with the freshest, tastiest ingredients you’re likely to find anywhere. They’ve won Best of Boulder’s gold medal for best taco more than once, for obvious reasons (just take a look at their menu, and revel in how inexpensive said gorgeous tacos are during happy hour), but they’ve also won bronze (that’s placing! third place) best overall Mexican food, and another bronze in best margarita. How could you possibly go wrong with T/aco? Plus, they’re located right downtown, so you can sample their stellar fare after a day of Pearl Street Mall sightseeing.

Speaking of Pearl Street Mall sightseeing, Centro has one of the best patios on the pedestrian mall, perfect for people watching and enjoying the amazing Boulder weather, as you sample the incredible array of gourmet Mexican bites, brews, and bevvies. Their patio has heaters in cold months, cooling sprays in the hot times, but that’s not all: Centro is your friend when you need good healthy fuel for your business day: they have quick and delicious (and cheap!) to-go breakfast burritos during certain hours of the mornings, and they’ll bring your corporate meetings these delicious comestibles for a very reasonable price. What better way to make a dreary meeting better to deal with?

Centro also has an array of elaborate happy hour times and deals, and they are among the best tequila slingers in Boulder (their coins are fantastic).

Zolo Grill is a personal favorite, and I couldn’t write a best Mexican food article in good faith without at least mentioning this stellar example of fusion Southwestern meets farm-to-table seasonal gourmet fare, with top shelf margs to die for.

As much as people who spend time in Boulder go on about Rio’s margaritas? To my mind, Zolo outshines them–they have a tequila array to nearly rival Tahona, so you can have an easy drinking, hangover curing Herra the Dog, all the way to a coin made with the highest level mescal that you haven’t even heard of.

Their menu changes by season, and the high level chef also supervises special events (look at their tequila paired special events, like the upcoming Mother’s Day Brunch), and they have other spaces where they’ll literally cater to your every big event whim.

These guys are the ninjas of Mexican cuisine–known as McDevitt Taco Supply, they started as a single (albeit award-winning) food truck, they expanded to have a pretty much permanent food truck constantly parked at Sanitas Brewery (a tasty pairing, I can attest), and another which travels all over the place.

In fact, these trucks have won Best Food Truck at Best of Boulder more than once, an upset that no doubt led to the fine people of Boulder voting by write-in vote of McDevitt as best Mexican food, AND best margarita.

They have a brick and mortar actual restaurant now, down in South Boulder in the Meadows shopping center. Also known as Super Heady Tacos, they also do catering and the whole nine yards, for all their under-the-radar Boulder fans.

Mexican food (in this region at least) isn’t the same without beverages. In this case, we must give an extra honor to the venerable margarita. Of course, when you say the word “margarita” in Boulder, the knee-jerk response will nearly always be, Rio.

Their sweet, silky, and easy to quaff margs are the strongest and most popular in Boulder, whether it’s a frozen adult slushie or a golden delicious on the rocks, Rio will wisely cut you off after not too many of the many-years’-running Best Margarita of Boulder, and good on them.

Thing is, Rio has also consistently won at least silver in Best of Boulder’s Best Mexican food award, too. Whether that’s all about the strength of the margs, is up to you to sample and see.

What places do you frequent for excellent Mexican food in Boulder? Let us know.