Check Out Backcountry Pizza and Tap 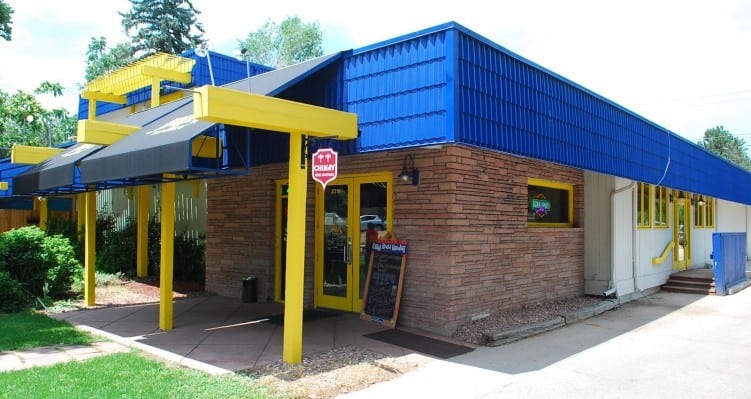 There’s something about Boulder beer. Add pizza to that mix and it’s moving toward something special. Let’s roll over to the Diary Queen…er, I mean Backcountry Pizza and Tap…shall we?

When I first rolled up to Boulder’s Backcountry Pizza, I realized that the old Dairy Queen that had been in that location (or somewhere right next to it) was no longer there. I know — it’s just a Dairy Queen, but that place was there throughout my youth and it made me a little sad.

Then I sat down and looked at the beer menu at Backcountry Pizza.

I am not kidding when I say that the beer list here is a book of beer. They have an unbelievable selection of craft beer from all over the country and 27 rotating taps that play host to some of the most sought after kegs in the country. Boulder beer just got better (how is that possible?).

As I write this, a little beer team known as Pliny the Elder and Pliny the Younger are currently on tap if that gives you any idea of the caliber of beer that flows through these taps.

No matter what your preference, Boulder’s Backcountry Pizza has a beer on their menu that will make your eyes roll back in your head and a tingle of joy radiate down your spine.

The funny thing is, that I went to a place with “pizza” in the name, and didn’t actually order any pizza. I actually had a sandwich called “The Hustler,” which was well worth the decision to go sando instead of pizza. What can I say? Provolone sells me on a sandwich almost every time.

Now, my food was good, but that’s really not the reason you go to Backcountry. You go because you want to see what it’s like to order from a menu with one of the best beer selections in Boulder — hell, in Colorado.

Plus, if you’re having a hard time figuring out what to order, the servers and bartenders are incredibly knowledgeable and can help to answer any questions you might have with a particular beer of narrowing your selection down to a handful. The menu is also organized by beer type (IPA, Stout, Sour, etc.) so that you can better peruse the menu.

Yes, I realize this is also a restaurant, but if you really want the honest truth, you’ll wind up coming back to this place over and over, not for the food, but for the love of beer. There’s always room for more beer in Boulder. And if you stop in and have the pizza, let me know. I’ll be back for summadat, for sure.

Sign up for our FREE weekly email with Boulder’s best events, concerts, happy hour deals, comedy shows and more. Delivered to your inbox every Friday!
PrevPreviousRedstone Meadery: Boulder and a Beer Break
NextBask in the Sun: Great Rooftop Bars in BoulderNext