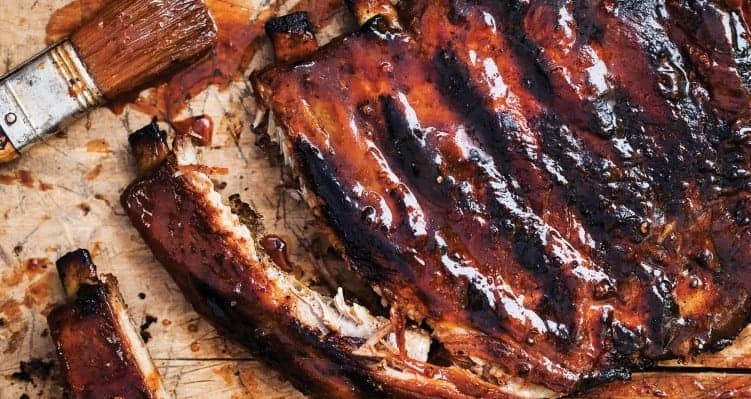 Y’all love it when we talk food here, so we decided to revisit the Boulder BBQ scene — prime spring and summer fare. Summer means more outdoor activities in Boulder. More hiking, climbing, camping, and get togethers in backyards.

One of the quintessential foods of summer (for me, at least) is barbecue. However, I typically don’t have the patience to slow cook pork all day nor do I have a smoker to make the perfect brisket. Hence, I must rely on others to supply me with mouth-watering barbecue goodness. Here’s a gander at some of the Boulder BBQ joints I’ve taken a fancy to — and maybe they’re among your favorites as well.

Moe’s BBQ: Voted one of the top ten barbecue joints in the country, Moe’s BBQ has fronts in a few cities around Colorado, including the Boulder BBQ favorite on 30th Street. I’ll admit that, while I knew about the two places in Denver, I didn’t realize that this place was somewhat of a chain restaurant with places all over the country. I guess that means they’re doing something right. Plus, for those of you abstaining from animal flesh, they have a couple veggie options with tofu or tempeh.

KT’s BBQ: As long as I’ve lived in Boulder, there’s been a KT’s on Arapahoe Road — a mainstay in the Boulder BBQ scene — and now they’ve expanded with a location on 13th Street as well. KT’s BBQ specializes in Memphis-style barbecue, which isn’t quite as sweet as say, Kansas City style ‘cue (my favorite), but it’s still tasty. If you go, make sure to keep space in your stomach for their key lime pie. It’s a religious experience.

The Rib House: With an entire house dedicated to ribs, this place could either be the site of a horror movie or a place that serves up some mean barbecued ribs. Fortunately for us, it’s the latter and The Rib House goes so far as to serve up Tracy’s Illegal Babyback Ribs. While I’m not sure if you’ll get arrested for eating them, they do also feature prehistoric foul on their menu: Pterodactyl Wings!

Wayne’s Smoke Shack: For fans of true Texas BBQ, take a little jaunt just outside of Boulder to Wayne’s Smoke Shack in Superior and get a mouthful of downhome flavor. While it may be on the outskirts of Boulder, it’s still part of the Boulder BBQ culture and has quickly become a favorite for Southern-style BBQ devotees in the area. Please take note that this is a lunch only restaurant and they only stay open for as long as they have meat. Once they sell out of BBQ, they close their doors for the day.

If you’ve got a favorite hidden BBQ joint in Boulder or if we missed a place that serves amazing barbecue, make sure to mention it in the comments so that others can try it as well.  Happy finger licking!

Looking For a Home?

Brought to you by Smart Move Agency