The Mudslingers: A Boulder Kickstarter Aims to Tell Flood Story 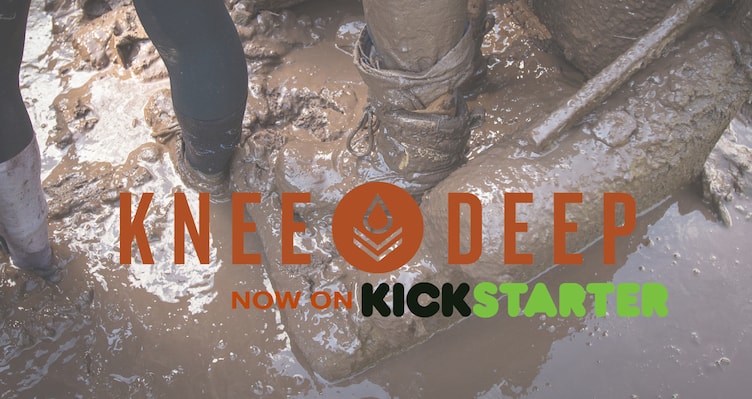 We all remember. The rains that didn’t stop (and certainly not soon enough). The news reports. Messages from friends. Their homes. Homes of their friends.

Our homes. Businesses. Our community.

The Boulder floods touched us all and that iconic phrase “six degrees of separation” narrowed in an instant to a mere one or two degrees.

Before the rains had even stopped, a small group of friends set out to take action. This group quickly became known as The Mudslingers. Before long, they’d caught the eyes of America through the lenses of NBC Nightly News and The Today Show. Today, a Boulder-based documentary film company wants to tell the whole story of The Mudslingers — and you can help.

Aly Nicklas, director at Knee Deep and the fire behind the Mudslinger film project, needs the Boulder community’s help to tell this very Boulder story and reached out to Your Boulder to help spread the word. The Kickstarter campaign seeks to raise $25,000 to create a full-on short doumentary about this team of Boulder volunteers that helped upwards of 400 homes during the thick of and post-flood. Aly captured a great deal of footage during the volunteer process, but as she had no idea she’d be making the film, there’s much more work to be done to tell this story — one about community, choices, and each of these people who donated their time in the name of neighbors and community.

Why this matters: This Kickstarter campaign will only receive its fund if $25,000 is raised by Friday, July 25. As of posting this, they’ve raised 10% of their goal. We’d love to see them succeed.

Is Your Boulder involved in this project in any way? Aside from being a part of the Boulder community, no. Aly messaged us about her project and we said — heck yeah, we’ll help spread the word.

So, if any of that hits home, head on over to the Kickstarter project and share $1 or more. For a mere $5, you’ll get a special advanced screening of the film when it’s ready. That $5 latte you were going to buy will last 30 minutes tops. Telling a story about Boulder, the people in it, and how we’re all pretty bad ass neighbors? That will last beyond just our lifetimes.

And in case you forgot, here’s the link to the Kickstarter campaign again. Let’s step up through the Your Boulder community and make this happen. If each of our Facebook fans shared $1.50, this team would crush their fundraising goals. Can we make that happen?