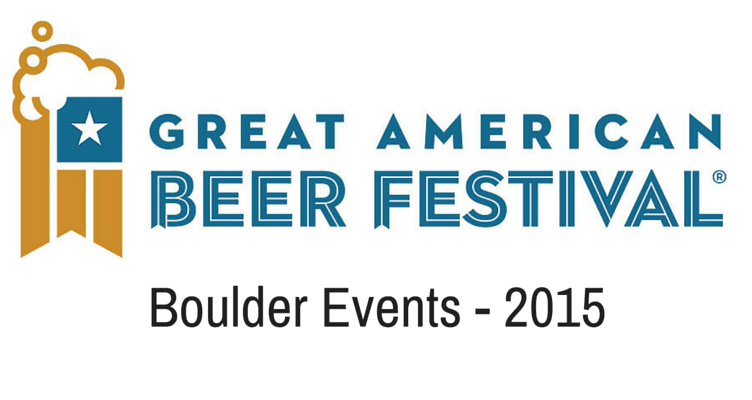 It’s pretty much the same story every year. Tickets for the Great American Beer Festival go on sale—and about a minute later, they’re gone—leaving a string of sad craft beer fans all along the Front Range.

Fortunately for Boulderites, our hometown breweries throw some pretty awesome events during the week of the fest, and we’ve put together a list of those events—just for you.

Cheers. Prost. Salud. And happy GABF week to all of you craft beer lovers!

Avery goes big when it comes to GABF festivities, and they’re throwing a big party to celebrate the week of the festival along with the release of the Avery Raja Double IPA. The party will feature the funky beats of Karl Denson’s Tiny Universe featuring Robert Randolph. Beer. Music. Boulder. Tickets to this party will run you $25 for general admission, and $50 for VIP. Tickets can be purchased here.

Boulder Beer really wants to send you to this year’s Great American Beer Festival. They’re giving away two tickets to the Friday night session on Monday and Wednesday, after 5 p.m., at their brewery and pub.

The author of the The Beer Bible will be on hand at the pub, signing books and chatting more about his published friendly guide to craft beer.

Tapping of 2014 Scourge of the Dude

Boulder beer will be releasing the second installment in their barrel-aged Dude Series. Scourge of the Dude is a Barleywine made using a blend of caramel malts, toasted rye, and a hint of smoked malt. It’s been aged for eight months, and will be making it’s debut for the first time on Thursday of GABF week.

Chef Ian Clark is going big for this year’s GABF week. This east Boulder brewery and eatery will be serving a 4-course prix fixe menu all week featuring dishes paired with the brewery’s GABF entries.

The Art of Pairing Beer with Food

He’s known as the “Beer Chef”, which makes Ian Clark a pretty good authority on pairing beer with food. For $25, guests of this event will enjoy paired tasters and bites. Reservations are required for this event and can be made by calling 720.638.5193.

In 2014, BRU won a silver medal at the Great American Beer Festival for their Loch Wee Heavy Scotch Ale, which they’re serving up on September 24th for $2.

This people at FATE are pretty generous, and they want to send you to the Great American Beer Festival. Visit FATE anytime through September 18th. Get a punch card. Purchase menu items, get punches on your punch card, and cross your fingers. This could be your year to win.

It’s all about the beer this week, and the folks at Wild Woods have been busy brewing up a handful of specialty beers that will be released during GABF week. The brewery will be open Tuesday through Saturday from 2-9 p.m. with a new beer release each day. Tuesday: Doppelbock. Wednesday: Chris’s Wheat IPA with Chinook and Galaxy Hops. Thursday: Cask Peaches in Cream (a cream ale conditioned with fresh Palisade peaches). Friday: Eagle Rare Bourbon Barrel Black Smoke Imperial Stout. Saturday: “Very Wild” Pineapple Weed Pale (a collaboration with Very Nice Brewing Co. brewed for the Beers Made By Walking event in Denver).